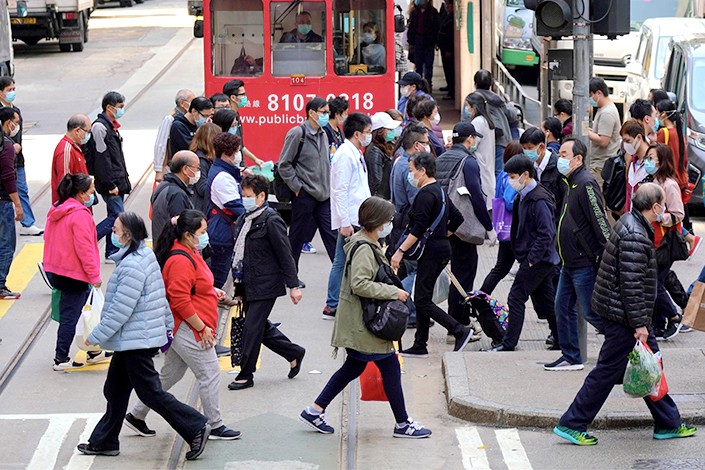 Fook Wai Ching She temple has been closed while the investigation continues.

Hong Kong’s health authority reported two new confirmed cases of Covid-19 on Tuesday that are related to a cluster of six people who had been infected after visiting the same Buddhist temple in the city at the end of January or early February.

The two additional cases involve a 55-year-old mother and her 24-year-old son, both of whom have tested positive for Covid-19 and are now in stable condition, according to a statement issued by the city’s Center for Health Protection (CHP).

The mother, who lives in the North Point area on Hong Kong Island, developed a cough on Feb. 17. She went to Ruttonjee Hospital and was admitted for treatment Wednesday, the statement said.

In early February, the patient had visited a nearby Buddhist temple called Fook Wai Ching She on Hong Kong Island, where she met her sister, a 57-year-old woman who was confirmed as infected on Monday.

The son, however, who lives with his mother and tested positive for Covid-19, is asymptomatic and did not visit the Buddhist temple, the statement said.

Together with six confirmed cases announced earlier, the CHP’s epidemiological investigations revealed that seven patients in total had all visited Fook Wai Ching She in January or February, the statement said.

Dr. Chuang Shuk-kwan, the head of the center’s communicable disease division, said at a press conference that the CHP has collected 33 environmental samples from Fook Wai Ching She, including handrails, elevators, chairs and souvenir Buddha cups.

Of the seven patients who have visited the temple, six went there on Feb. 8. On that day, they spent hours reciting scripture in one room and eating in another room without wearing masks, Chuang said, adding that such conditions would have put worshippers at risk of exposure to the virus.

The Fook Wai Ching She temple has been closed while the investigation continues, according to the statement.

Chuang urged those who also had visited the temple around the same period and later developed relevant symptoms to call a government hotline.

“According to our understanding at present, (the temple) is run by volunteers and there’s no registration system, so it’s difficult for us to track down visitors,” she said. “That’s why we are calling upon the public — if they have visited the temple since the 25th of January, call our hotline so we can do some assessments.”