By Zhang Qi and Timmy Shen 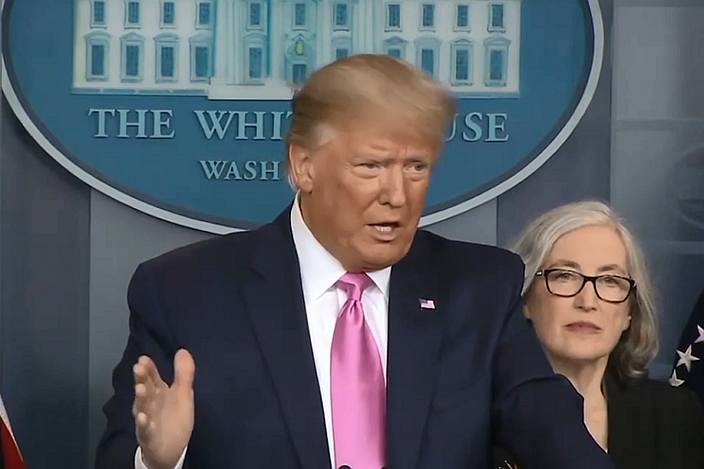 U.S. President Donald Trump said Wednesday evening that his administration will continue implementing travel restrictions for visitors who have recently been to China amid the coronavirus outbreak.

The administration will only consider loosening the travel restrictions “when we are at a point where we don’t have a problem,” Trump said in response to a question from Caixin.

“We’re not going to loosen the travel restriction — that’s what saved us,” he said. “Had I not made a decision very early on not to take people from a certain area, we wouldn’t be talking this way. We’d be talking about many more people who would’ve been infected,” he said.

“We hope we can open it up to China as soon as possible,” Trump said. “And we hope that the numbers we’ve been getting are true on China.”

Trump also said that he has put Vice President Mike Pence in charge of a team to confront the virus.

Trump’s response came just hours before the Centers for Disease Control and Prevention said in a statement that it has confirmed a case that did not have a related travel history or ties to an existing case. “It’s possible this could be an instance of community spread of COVID-19, which would be the first time this has happened in the United States,” it said, referring to the disease caused by the new coronavirus.

On Feb. 2, the U.S. imposed travel restrictions denying entry of foreign nationals — with the exception of the immediate family of U.S. citizens, permanent residents and flight crew — who had traveled in China in the previous 14 days, according to a statement from the U.S. Department of Homeland Security.

On Monday, China’s Ministry of Culture and Tourism advised (link in Chinese) citizens against traveling to the U.S. due to the country’s “overreaction to the prevention and control of the epidemic, (and) unfair treatment of Chinese tourists in the U.S.”