By Yang Rui and Tang Ziyi 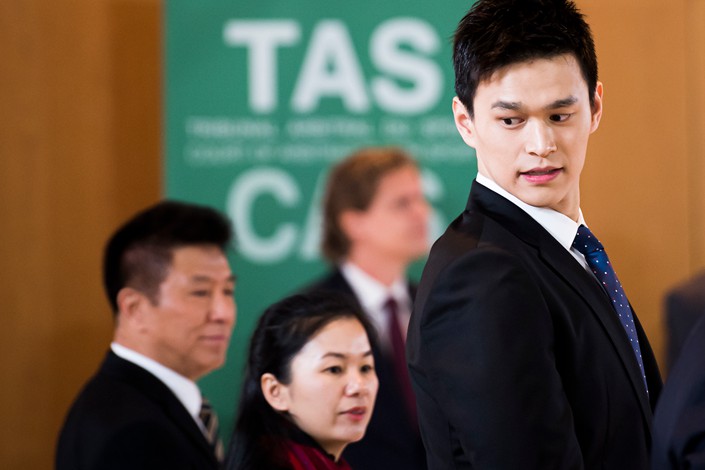 Swimmer Sun Yang arrives for a public hearing at the Court of Arbitration for Sport in Montreux, Switzerland, on Nov. 15, 2019. Photo: IC Photo

Chinese Olympic swimming champion Sun Yang has been banned from competition for eight years over anti-doping violations, a decision that rules him out of the Tokyo Olympics this year.

The Court of Arbitration for Sport (CAS) said in a Friday statement that it had accepted an appeal from the World Anti-Doping Agency (WADA) against the Chinese swimmer Sun Yang and international swimming authority FINA.

Sun, one of China’s best-known professional swimmers, was accused of refusing to cooperate with drug testers who came to his home in China to collect blood samples in September 2018, leaving them unable to complete the tests.

Evidence presented at the CAS hearing in November showed that Sun instructed a security guard to smash a sealed vial containing his blood and refused to provide urine to antidoping officials, obstructing collection of the samples, according to a legal document provided by the FINA Doping Panel.

Sun argued (link in Chinese) during the hearing that the testers behaved in an unprofessional manner and had failed to properly identify themselves.

After the confrontation, the swimming star was initially let off with a series of warnings from FINA. But WADA opposed the decision made by FINA and argued for stronger penalties.

“The CAS Panel unanimously determined, to its comfortable satisfaction, that the Athlete violated Article 2.5 FINA DC (Tampering with any part of Doping Control),” according to the CAS statement. It said that “the Athlete failed to establish that he had a compelling justification to destroy his sample collection containers and forego the doping control when, in his opinion, the collection protocol was not in compliance with the ISTI (the International Standard for Testing and Investigations).”