By Tian Jiawei and Lu Yutong 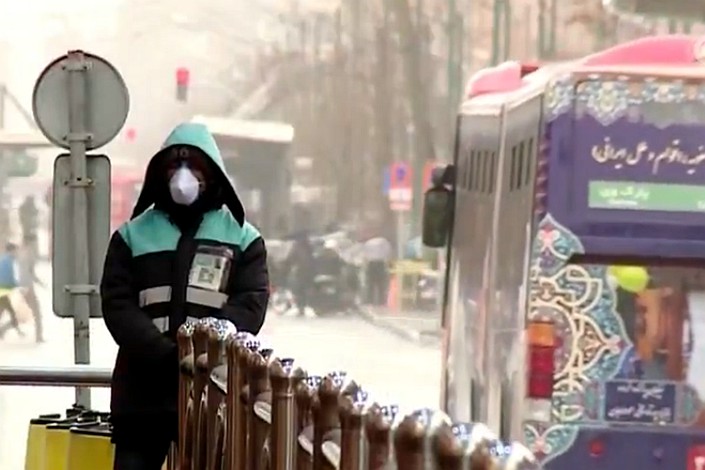 Iran has seen a surge of coronavirus cases over the past few days, making it the country wih the second-highest number of deaths from the disease after China. Photo: CCTV

The number of confirmed cases of the novel coronavirus in Iran surged to 388 on Friday, state media reported, just over a week after Tehran confirmed the country’s first case.

A total of 34 Iranian residents have died from the disease, according to the official Islamic Republic News Agency (IRNA). Seven officials, including Vice President Masoumeh Ebtekar and member of parliament, Mojtaba Zonnour, have tested positive for Covid-19, IRNA reported Thursday.

President Hassan Rouhani said on Wednesday the government has no plans to quarantine any cities and will isolate people with Covid-19 symptoms. Schools and universities in 14 of Iran’s 31 provinces have been temporarily shut since Sunday, and the country’s film industry has been told to cease operations. Sports events will be held, but without spectators.

William Schaffner, an infectious disease professor at Vanderbilt University Medical Center, told NBC on Tuesday that Iran’s ability to track down infections remains questionable, and that it should be aggressively hunting down cases with community screening rather than relying on hospital admissions. He added this is something the country has little experience with.

Some public health specialists are worried that a large outbreak in Iran could help the virus spread widely in the country’s neighbors, several of which have weak medical systems after years of conflict and unrest.

Afghanistan, Kuwait, Lebanon and Bahrain have reported all reported cases in people that have traveled from Iran recently. Neighboring nations Iraq, Pakistan, Turkey, Afghanistan, Armenia and Turkmenistan have temporarily closed all border crossings with the country.

China’s Ningxia Hui autonomous region reported a Covid-19 infection in a person who arrived from Iran on Wednesday and later traveled to Shanghai.