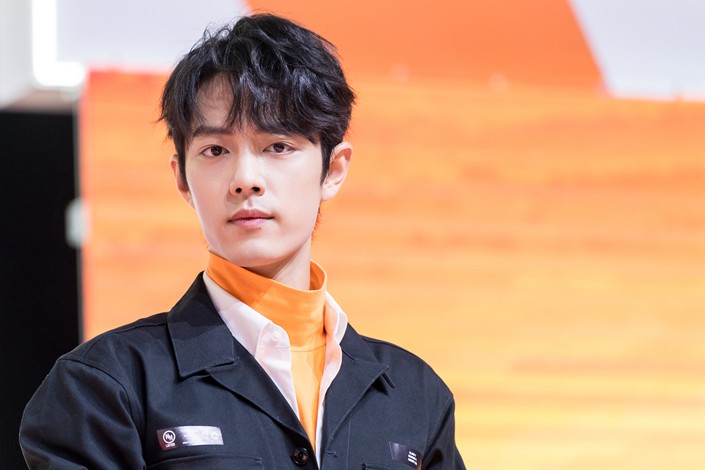 An online fight between some fans of a popular actor over his portrayal in homoerotic literature has led to calls for a boycott on brands he advertises, after the fiction platform hosting many of these works was blocked on the Chinese mainland.

It’s another case that shows the power that China’s “fan economy” can wield: How it can make, and even potentially break, a star’s career.

The works of fiction that sparked this fight are part of a genre called “boys’ love,” which is in many cases created by and for women. Many of them portrayed actor Xiao Zhan in a relationship with his co-star on 2019 web series “The Untamed,” Wang Yibo. There were thousands of such stories about the pair posted to AO3, a site run by a U.S. nonprofit that last year won the prestigious Hugo sci-fi and fantasy literature award in the category of “best related work.”

However, some people claiming to be Xiao’s fans took objection to these works and last week began reporting one story hosted on AO3 in particular to the mainland authorities, saying it contained pornographic content unsuitable for minors, according to their Weibo posts. The story, “Falling,” which portrays Xiao as a cross-dressing sex worker and Wang as a high-school student, published a new chapter (link in Chinese) early last week.

AO3 has been unavailable on the mainland since Saturday. Though no reason has been given for this by the authorities, fans of “boys’ love” stories angry about the site being made unavailable said that they had mobilized to take revenge on Xiao for the actions of his fan base, organizing online campaigns to boycott Xiao and products he has endorsed.

The ban on AO3 also comes at a time when the Chinese authorities have been tightening scrutiny over “obscene” content, which has previously seen authors of gay-themed fiction arrested.

Xiao’s official fanclub posted an apology (link in Chinese) on the Weibo social media platform on Sunday, saying that it failed to curb the “extreme opinions” of some fans. Though Xiao was not involved in this online fight, his studio also apologized (link in Chinese) on Weibo Sunday for “occupying some public resources” and urged fans to “chase idols in a sensible manner.”

Xiao has a record as a bankable star, both on the screen and in advertising. He was listed as the fourth most influential person on consumption in China last year by CBNData (link in Chinese), a business data research firm.

Though the impact of any boycott on his power to win over consumers is not yet clear, the Weibo hashtag “Boycott Xiao Zhan” has been viewed over 1.7 billion times as of Monday evening, with the number of posts, comments and shares approaching 230,000.

There were also calls for boycotts of specific brands which have included Xiao in the advertising campaigns, including skincare brand Olay; Mengniu Zhenguoli, a juice brand operated by one of China’s largest dairies; and Crest, an oral hygiene brand.

Candice, a long-time AO3 user and fan of Xiao, said she thinks it’s unfair to attack a star over the behavior of their fans. “I dislike those who reported the AO3 fiction, but that doesn’t mean I need to boycott the idol himself,” she said, adding that some people in the “boys’ love” community are angry at Xiao rather than the people who actually reported the site to the authorities.