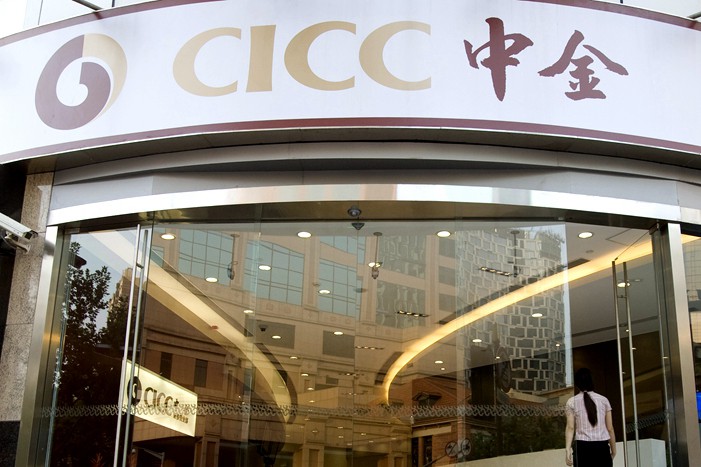 Hong Kong-listed China International Capital Corp. Ltd. (CICC), one of the country’s top investment banks and brokerages, is looking to go public in Shanghai to raise funds as the Chinese mainland offers comparatively generous valuations to firms in the industry.

CICC plans to publicly issue up to 458.6 million shares, which will amount to less than 9.5% of its total shares after the offering, according to a statement the company issued Friday. The nominal value of each share will be 1 yuan ($0.14).

CICC Shanghai IPO would be “beneficial for the company to further increase its capital, strengthen balance sheet,” the company’s statement said.

The brokerage also cited opportunities on the mainland capital markets as China proceeds with upgrading and reforming its economy. The traditional securities business is expected to be stable, but there will also be emerging opportunities in derivatives, fintech and the mainland’s new tech board.

The company said the IPO proposal will be submitted for shareholder approval in April. The IPO process will be able to begin once shareholders and financial regulators sign off.

As the first Sino-foreign joint-venture investment bank, CICC’s businesses include investment banking, stock trading, bond trading, asset management and research. After helping (link in Chinese) 60 some state-owned enterprises restructure and go public in Hong Kong, the brokerage underwent its own listing in the city in November 2015.

CICC’s largest shareholder is Central Huijin Investment Ltd., an investment arm of China’s sovereign wealth fund, which owns 46.2% of the firm, according to its third-quarter report. Appliance manufacturer Haier Group Corp. is CICC’s second-largest shareholder with a 9.5% stake, while internet giants Alibaba Group Holding Ltd. and Tencent Holdings Ltd. also have equity. CICC had 322.9 billion yuan in total assets at the end of September, the report said.

According to data (link in Chinese) from the Securities Association of China, a self-regulatory body for the industry, CICC was the mainland’s ninth-largest brokerage in 2018 in terms of total assets. It was ranked sixth in terms of revenue.

Friday’s statement said the board of directors elected Shen Rujun as chairman for a three-year term. Shen has been at CICC since June 2019. He also serves as president of Central Huijin.