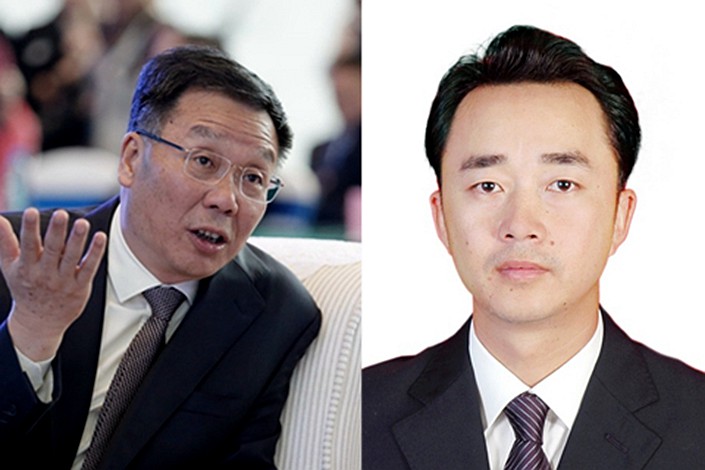 Kweichow Moutai Group, the world’s most valuable liquor-maker, is replacing its top executive with a new younger chairman, in the first passing of the torch since the company embarked on a major cleanup to root out pervasive corruption nearly two years ago.

The near-nonstop drama at one of China’s most famous brands is part of a broader campaign by President Xi Jinping to root out corruption in government agencies and major state-owned enterprises. As one of the best-known such enterprises whose name was practically synonymous with lavish and wasteful government banquets, Moutai’s case has been widely followed across China.

The retirement of Li Baofang comes five years after he joined Moutai, and about a year and a half after he took over the helm of a liquor behemoth whose current market value is worth more than $200 billion. He joined Moutai in 2015 from a government background, previously serving as director of Guizhou’s economic and information technology commission.

A knowledgeable source told Caixin that Li, who turns 62 this year, is already past the usual retirement age for most men in China.

He will be replaced by Gao Weidong, 47, according to a Wednesday announcement from Moutai’s listed unit, Kweichow Moutai Co. Ltd. The announcement said Gao had been recommended to take over as chairman of the listed company’s board with Li’s retirement. The listed company plans to hold a board meeting as early as possible, where it will review recent developments and is expected to formally vote Gao in as chairman.

The outgoing Li rose through Moutai’s top ranks, holding positions including general manager, party secretary and vice chairman, before making history midway through 2018 by becoming the first outsider to lead the company. The Moutai he inherited from outgoing chairman Yuan Renguo was one riddled with internal corruption.

Yuan and many of Moutai’s other top executives have since been purged, mostly on corruption charges, during a campaign that began midway through last year. One of the latest removals saw the company’s former deputy general manager and Communist Party committee member Du Guangyi come under investigation for corruption in December.

As part of his campaign to clean up Moutai, Li also spent his brief tenure as chairman simplifying the company’s complex sales network. In his first year he ended relationships with 476 of its agents and took back distribution quotas equating to about 6,000 tons of liquor, including 2,500 tons that had been illegally awarded. As of last year’s third quarter, the company had severed relationships with 571 agents, or about a third of the previous total.

At the same time, Moutai under Li started to cultivate more direct relationships to supply its liquor to major supermarket operators and e-commerce merchants as part of an effort to cut out middlemen and offer more uniform prices. Last August, the company rolled out a broader system for controlling prices of its liquor, which could often sell for hundreds of dollars on the black market.

Like Li, incoming Chairman Gao Weidong is an outsider with a government background. His resume includes previous postings as chairman of a provincial construction investment group, and deputy mayor of Guizhou’s provincial capital Guiyang. Most recently he was a senior official in the Guizhou provincial department of transportation.