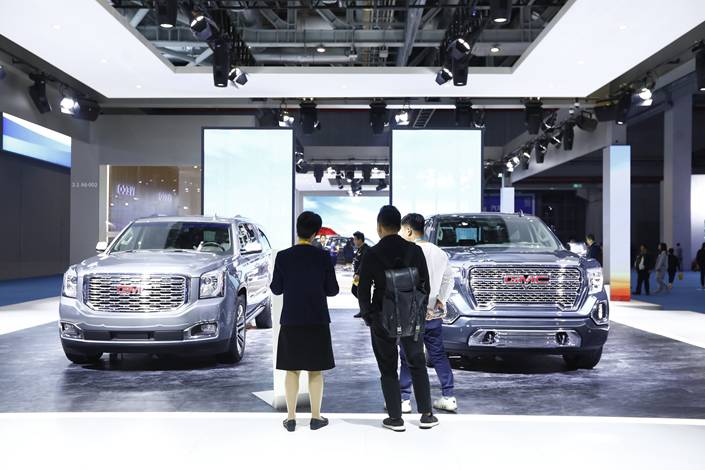 The coronavirus outbreak has squeezed China’s already troubled car industry on both the demand and supply sides. Photo: IC Photo

Preliminary data from the China Passenger Car Association (CPCA) showed on Wednesday that sales in China slumped 80% last month compared with the same period a year ago, led by a 96% year-on-year fall in the first week of February.

The association cited low foot traffic at dealer showrooms and difficulties in resuming all facets of the supply chain amid the virus outbreak. The CPCA predicted the year-on-year decline for February could eventually settle at 86%.

Sales of passenger vehicles including sedans, sport utility vehicles, minivans and multipurpose vehicles in the world's largest car market have been patchy since 2018, when they posted their first annual decline in at least two decades. They contracted a further 1.65 million to 20.7 million last year.

Automotive suppliers are usually identified as Tier 1 suppliers — which assemble parts or system into cars and sell them to auto companies — and Tier 2 and Tier 3 suppliers which produce components and parts for Tier 1.

The low levels of resumption at some Tier 2 suppliers have made it tough for downstream manufacturers and auto companies to operate at full capacity, said a parts purchasing agent at a major auto group.

Chen predicted 2.5 million fewer cars would be sold in the first quarter of this year than for the same period last year.

Minth owns over 30 production facilities in Chinese cities including Wuhan, the epicenter of the outbreak that has been on lockdown for more than a month.

Heavily relying on the auto industry, Wuhan is home to over 10 auto factories and more than 500 parts producers for domestic and overseas clients. But according to current schedules, industries in Hubei province, which Wuhan is the capital of, should return to work no earlier than March 10.

Parts are mainly exported by sea to overseas clients who often order them every 40 to 50 days, thus allowing some breathing space for factories to run at full capacity and ship goods by air to offset the long downtime if resumption is viable anytime soon, Chen said.

“But right now, the issue is we cannot promise to clients when we can return to work,” he added. If factories in Wuhan cannot reopen on March 10, goods won’t be delivered on time even if they are shipped by air.

The market demand hampered by the Covid-19 outbreak has also contributed to shrinking sales.

First-time buyers are considered likely to be among the most affected groups because a car is not a necessity, and competition is expected to be intense for their business.

Six vehicle producers, including joint venture SAIC-GM-Wuling, domestic brand Chery, a unit of Chang’an Automobile, and Geely, have pledged to hand out 5.6 billion yuan ($804.7 million) in subsidies for individual buyers.

Zhou believes price cuts will be used in the fight for market share and to survive in the narrowing auto market. More manufacturers may follow suit, he said.