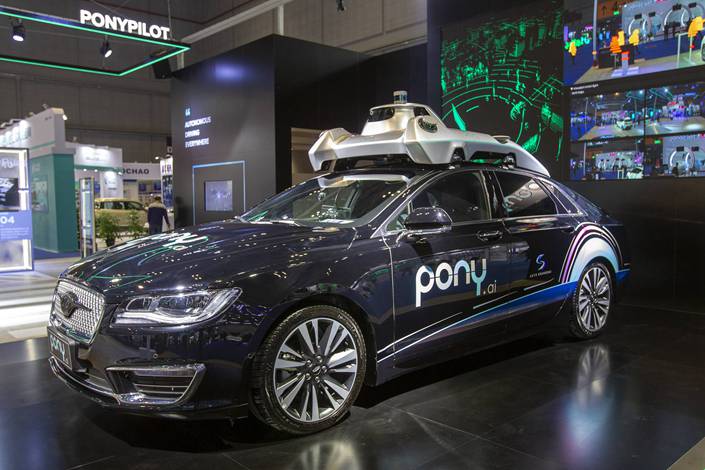 The service, named PonyPilot, went online Feb. 25 in the city of Fremont, California, the company said in a public WeChat post Wednesday. For now, it is only available to local government employees and is restricted to fixed routes connecting the city’s train station with some municipal buildings such as the town hall.

City staff are able to hail taxis equipped with Pony.ai’s own self-driving system using the PonyPilot app, the company said, adding that it will evaluate the service and consider expansion into other parts of Fremont.

Since 2018, Pony.ai has been testing a fleet of 100 autonomous cars in Beijing, Irvine, California and the southern Chinese city of Guangzhou, where the company is based.

In June 2019, the company joined a group including Alphabet’s Waymo and Alibaba-backed AutoX that received permits from the California Public Utilities Commission allowing them to offer self-driving ride services in the state.

In a race to dominate the emerging industry, autonomous vehicle operators have done extensive testing on vehicles. In Beijing, five driverless cars belonging to Pony.ai logged a total of 111,200 kilometers in test drives on specially approved roads last year, according to the city’s records. The company ranked second on the list in total distance traveled after search giant Baidu.