By Du Caicai and Lu Yutong 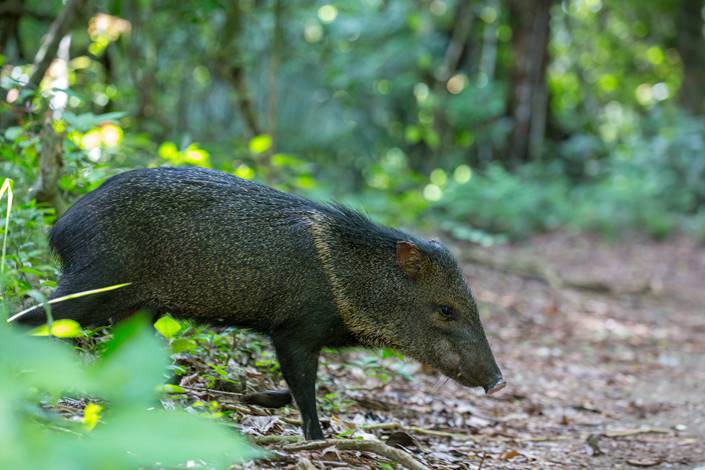 China reports its first case of African swine fever for this year in Hubei province, where seven wild pigs have died. Photo: VCG

The coronavirus-ravaged central province of Hubei has just reported its first cases this year of another disease — African swine fever, which has decimated pig herds and wreaked havoc on China’s meat market since August of 2018.

Seven wild pigs have died from the disease in Hubei’s Shennongjia forest district, the Ministry of Agriculture and Rural Affairs (MARA) reported on its website Tuesday. The local government has disinfected neighboring farmers’ facilities and forbade them from allowing their pigs to roam in the area where the dead animals were found. It has also stepped up monitoring of the local wild pig population.

The district was made a UNESCO World Heritage Site in 2016, and “provides habitat for many rare animal species, such as the Chinese Giant Salamander, the Golden or Sichuan Snub-nosed Monkey, the Clouded Leopard, Common Leopard and the Asian Black Bear,” according to the UN agency’s website.

Officials from the Shennongjia Animal Husbandry and Veterinary Bureau told Caixin that the dead pigs were discovered near villages. The virus’s transmission route is still unclear.

A veterinarian told Caixin that there are many ways wild pigs can become infected, such as eating humans’ food or cannibalizing pigs that have died of the disease. The veterinarian said he has heard of similar cases occurring among wild pigs in some mountainous areas in southern China, though these have not been officially confirmed.

Since it was first detected in the country in July 2018, African swine fever — which is deadly for pigs but is thought not to affect humans — has killed millions of pigs in the world’s largest pork producer and consumer, causing pork prices to more than double in 2019 compared with the pre-swine fever period. The price of the country’s favorite meat was up 101.3% year-on-year in October, according to data from the National Bureau of Statistics (NBS).

Secrecy and quarantine loopholes fueled the crisis, as multiple local authorities avoided reporting cases to the central authorities to get out of paying compensation. Beijing required compensation of 1,200 yuan ($173) for each pig culled to contain the virus, with the central authority providing a percentage and the remainder shouldered by local financial departments. The proportion paid by the central government was based on the region, the size of the pig and its breed.

The agriculture ministry also took control of the flow of information, ruling that only it and its local branches could publish information about the epidemic and diagnose cases.

In response to dwindling supply, the agricultural authorities revealed a plan in January to return China to 80% of its pre-fever production capacity by the end of this year.