By Flynn Murphy and Zhao Ning 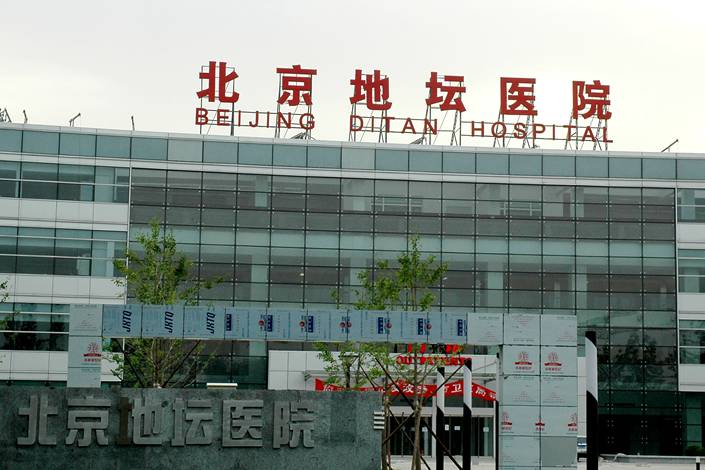 A Chinese team says it has clinical evidence the virus that causes respiratory disease Covid-19 can also infect the central nervous system, though other experts have urged caution about drawing conclusions from the case.

Beijing’s Ditan Hospital, affiliated with Capital Medical University, reported that a 56-year-old Covid-19 patient was found to have the SARS-CoV-2 virus in his cerebrospinal fluid, which doctors said had given him viral encephalitis, or inflammation of the brain.

The patient was treated, recovered and was discharged. The hospital said it was the first known case of encephalitis from the new coronavirus.

In a post on the WeChat social media platform, the director of the hospital’s intensive care unit (ICU), Liu Jingyuan, said “we must consider that the virus may attack the central nervous system,” and urged treating doctors to be on the lookout for neurological manifestations of Covid-19.

On Jan. 24, the man, named Xu, was admitted to hospital in a critical condition and struggling to breathe. Three days of treatment did not improve his condition, and a chest X-ray showed the “ground glass” patterns characteristic of pneumonia with solidified lesions. He was administered oxygen, had a breathing tube inserted, and was ultimately admitted to an ICU.

Ninety-six hours later, on day 15 in the course of his disease, the man developed neurological symptoms. The corners of his mouth and other parts of his face began frequently twitching. He hiccuped continuously. Doctors recorded other symptoms including cervical resistance, bilaterally fixed pupils, a slow response to light, and increased muscle tension in the arms and legs, all of which can indicate nerve damage, they said in a post on the hospital’s WeChat account (link in Chinese).

Deepening the mystery, a cranial CT scan found no abnormalities, and chemical tests of Xu’s cerebrospinal fluid returned normal, though a buildup of pressure in the fluid suggested something wasn’t right.

The hospital then worked with the China Centers for Disease Control and Prevention’s Infectious Diseases Joint Working Group to perform metagenomic sequencing on samples of his spinal fluid, where they found the SARS-CoV-2 virus genome was present. They excluded other pathogens, and diagnosed the patient with SARS-CoV-2 caused viral encephalitis.

The patient was treated with mannitol and anti-inflammatories to bring down the brain inflammation, alongside other symptomatic remedies. The neurological symptoms disappeared.

By Feb. 10, the man no longer needed the breathing tube and by Feb. 18, 32 days after the onset of the disease, he was transferred out of intensive care. He was discharged on Feb. 25.

Ditan Hospital’s WeChat post said that as of March 4 they had treated 150 patients with Covid-19, and no others had been diagnosed with new coronaviral encephalitis, making it the “first such case in the world.”

However, other experts told Caixin the case described did not constitute proof that the virus was capable of infecting the central nervous system, and that more clinical evidence was needed.

“There is nothing here to suggest that they found actual (live) virus in the (spinal fluid),” as opposed to fragments of the virus’s genetic material, said David Hawkes, a molecular virologist at the University of Melbourne. He said it was also possible the sample was contaminated if there was a lot of coronavirus in the environment, including on the patient’s skin.

Hawkes also pointed out that “generally there isn’t much difference in how (viral encephalitis) is treated irrespective of which virus is involved,” meaning the patient’s recovery was not proof the culprit was a SARS-CoV-2 infection of his brain.

Sanjaya Senanayake, a clinical virologist at Australian National University, said while some of the neurological manifestations described could be explained in other ways, a neurological attack couldn’t be ruled out.

“I think finding (the virus) in the cerebrospinal fluid and in the presence of neurological features does suggest that it’s possible it could cause some neurological disease.”

But he would have expected to see other clinical evidence, such as MRI scans showing features of encephalitis, as well as raised protein levels and white blood cell levels in the spinal fluid.

He added the positive sample could be a “red herring” contaminated by virus from the bloodstream if the “lumbar puncture (to draw the fluid) hit some blood vessels on the way.”

“If you see enough cases you’ll see the one or two that manifest strangely, so it’s possible that a small percentage, if we’re talking about 90,000 cases, a handful might have a neurological presentation,” he said.

But that wouldn’t be typical of other coronaviruses like SARS and MERS, as opposed to influenza and herpes simplex which readily infect the nervous system.

Senanakaye also pointed out that a major peer-reviewed study published by Chinese researchers in the New England Journal of Medicine on Feb. 28, which examined the clinical characteristics of the first 1,099 Covid-19 cases, did not mention neurological manifestations.

Previous studies have suggested the other two betacoronaviruses, SARS and MERS, might in some cases cause nerve damage by binding with the same human receptor proteins in other organs as they do inside the lungs. Though the presence of such receptors in the human brain was contested, said John Nicholls, a clinical professor of pathology at the University of Hong Kong who specializes in SARS.

In an un-peer reviewed paper published last week on medRxiv, a popular preprint server for health sciences researchers, a team at the Department of Neurology at Wuhan’s Huazhong University of Science and Technology affiliated with Union Hospital said more than 30% of 214 Covid-19 patients had displayed a variety of neurological symptoms ranging from headaches to acute cerebrovascular disease and skeletal muscle damage.

However, Hawkes said he found the statistical findings in that study “difficult to rationalize,” and said other flaws included a failure to examine patients over time, and just a single blood test for each participant, and said it also wasn’t clear how long after diagnosis the tests were taken.

“In the constantly changing environment of SARS-CoV-2, these sorts of studies contribute knowledge, but the current work doesn’t provide any solid information due to confounding factors such as differences in age, gender and other health conditions,” Hawkes said.

Senanayake echoed the comments, saying the paper did “not make a convincing case.”

“It would have been better if they had taken spinal fluid and done some imaging.”

The latest round of diagnosis and treatment guidelines issued by China’s top health agency on Tuesday mentioned that the brain tissue of some patients was found to swell, and some showed signs of neural degeneration.