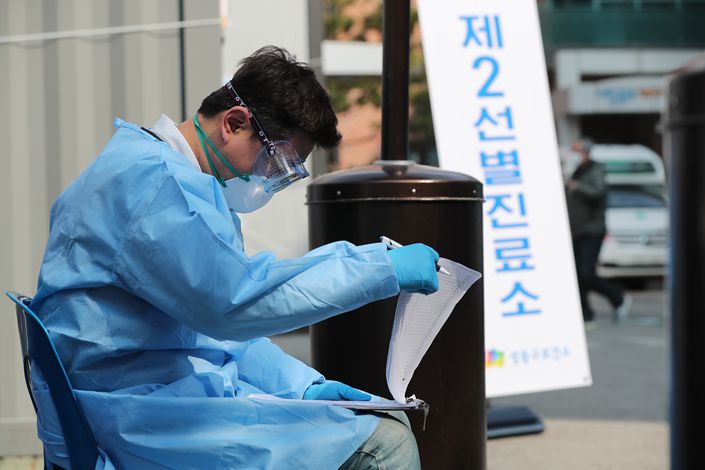 As the new coronavirus spreads around the world, it is having a severe impact on international trade, with many people worrying that the epidemic will exacerbate the “decoupling” of global commerce.

In the context of the gradual pullback from globalization that has emerged in recent years, the outbreak’s sudden eruption and rapid spread will unavoidably affect the global economy. However, if countries can take effective control measures and strengthen cooperation to check the disease’s spread as quickly as possible, its impact will be short-term. Overall, the tide of globalization may rise and fall, but it cannot be resisted.

Since the epidemic began, many countries and regions have subjected people entering to compulsory testing, required people to go into quarantine for medical observation, or barred entry to outsiders. This has forced the suspension or postponement of normal international trade and had a certain impact on global supply chains.

In China, where that impact has been felt most keenly, strict control measures have delayed and complicated businesses’ return to work, meaning many domestic companies are struggling to fulfill overseas orders on time. Consequently, there have been shortages of some products in the international electronics, auto, games and fast-moving consumer goods businesses. The International Monetary Fund recently predicted that the outbreak could cause China’s GDP growth to decline by 0.4 percentage points in 2020 and reduce the global growth by 0.1 percentage points. The virus’s current trend indicates that it may very well become a “global pandemic,” which has sown yet more uncertainty in the global economy.

However, unlike financial or energy crises, the economic impact of most epidemics on modern societies are one-offs. In the end, Covid-19, too, shall pass, and will not spark the restructuring of our complex, carefully built global economic and trading systems.

The social and economic impact of the outbreak is more about effects than about causes. Since the global financial crisis, protectionism, unilateralism, and nationalism have made gains worldwide, provoking a withdrawal from globalization. The index of global goods and service exports as a proportion of global GDP has remained at the same level, while global greenfield investments as a proportion of global GDP have notably declined.

However, we prefer to view this phenomenon as an adjustment to globalization, not as a withdrawal from it. No country can rely on decoupling to resolve the difficult issue of economic growth. The virus will have a significant effect in the short term, but will not send the whole thing up in smoke. Yes, the epidemic has hit global supply chains, but this just demonstrates how closely interconnected global economies have become.

It’s clear that grand thinking about the “community of shared future for mankind” is getting more real in the face of the epidemic. China should promote systemic opening, raise higher the flag of globalization, and develop its role as a responsible global power. A March 3 meeting of the country’s Politburo made references to pushing for a return to work and production while opening up further to the outside world; protecting the stability of global supply chains; and expanding the opening-up of the financial and other services sectors. These measures will help mitigate the impact of the epidemic on global supply chains and promote the continued development of globalization.

After China controls the domestic outbreak, guards against “imported” cases from overseas, and gradually gets back to work, we should do what we can to help other countries whose outbreaks are severe. Speaking openly about our experiences of fighting the epidemic, and the lessons we have learned from it, might be more effective than material assistance.

In the future, countries’ governance systems and capabilities will become even more important to the advanced competition in the process of future globalization, and this will directly affect the transaction costs of each country. While working to control the current epidemic, the difference in governing capabilities between various regions of China has been starkly obvious. Similarly, the current performances of all countries and regions battling the virus reflects their own standards of governance. Their capacity to deal with the unfolding epidemic will undoubtedly also affect entrepreneur expectations and investor confidence.

The outbreak also shows that globalization relies not only on the free flow of capital and technology, but also of information. Initially, China reported information on the outbreak to the World Health Organization (WHO) and other relevant national and regional institutions. It then rapidly shared the virus’s gene sequence with all parties in an act of transparency that drew the praise of the international community.

Compared with how China dealt with the deadly SARS outbreak 17 years ago, this is visible progress and a sign that the country has integrated further into the international community. But of course, there has been another side to the coin — namely the fact that officials in Wuhan were not immediately as transparent as they should have been.

The new coronavirus epidemic has revealed the importance of global cooperation in the field of health. At the same time, it has also asked a more solemn question of us: How should we further improve global public health governance and the provision of public goods in a timely and sufficient manner?

The WHO has played a leading role in controlling the spread of this outbreak, for example by setting up laboratories, rapidly building a global testing network, strengthening the world’s diagnostic capacities, improving the detection and tracing of infectious diseases, mobilizing international health forces, and accelerating vaccine research and innovations in treatment. But its global public health resources remain limited, and some countries have not sufficiently heeded its warnings of an epidemic and its suggestions on how to cope with one. The WHO still faces certain challenges to strengthening its individual authority and independence in future.

First and foremost, every country needs to properly handle its own affairs, aim to perfect its own public health systems, and avoid troubling the international community. Amid an outbreak, we must also develop international cooperation in an effective and timely manner. Citizens must consider things from a globalized perspective, justly and confidently protect the legitimate rights and interests of their own countries, and at the same time guard against the spread of malicious or narcissistic attitudes.

Countries can learn some profound lessons by joining hands in the fight against the virus, one of which is that, instead of closing borders and shifting problems onto one’s neighbor, it’s better to choose the path of harmonious development, expanded global trade, and broader international cooperation expounded in the phase-one trade deal between China and the United States. If we can unify this knowledge with practice, human society has hope of heralding the next great turn toward globalization.