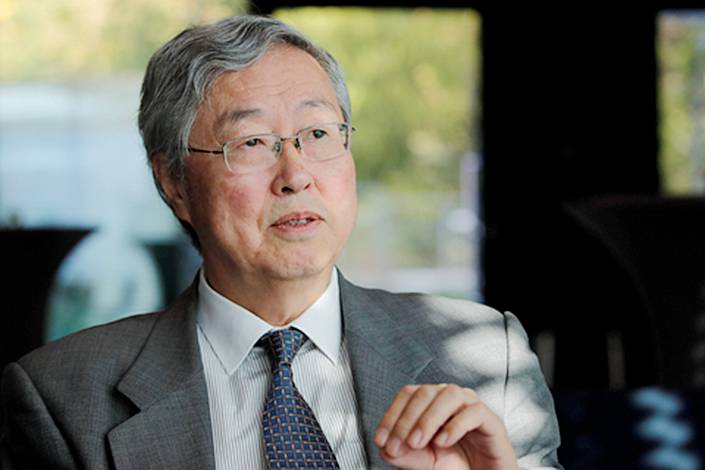 China’s aging population has become an increasingly pressing problem. It’s a complex issue that requires comprehensive analysis and a multi-faceted approach that includes reform of the pension system.

Reform of China’s pension system has been the subject of debate for many years but the pace of change has been insufficient. The current pension system is unsustainable and, looking at international experience, it’s clear that we need to carry out pension reform as soon as possible as further delay will only make it more difficult. We can take a painkiller to relieve the short-term pain, but we can only resolve the long-term problems through surgery.

There are basically four ways to enhance the sustainability of the pension system. One is to raise the retirement age. But there are limits to how far it can be extended because of the potential for lowering labor productivity which would also harm corporate competitiveness. Another option is to increase savings either by mobilizing individuals to voluntarily save more or by making it mandatory.

A third way is to reduce the percentage of a worker’s pre-retirement income that is paid out by the pension system upon retirement, what’s known as the pension replacement rate. From a global perspective, an appropriate replacement rate would be 60% to 80%, but anything significantly below that rate could be politically difficult. A fourth option is to broaden investment channels for pre-funded pensions (where contributions are used to accumulate assets and invested to pay future benefits) and improve investment returns. This would help ensure the preservation of, and appreciation in, the value of the funds, and improve the efficiency of capital markets –– pension sustainability and the healthy development of the capital markets are mutually reinforcing.

The level of pre-funding of pension systems varies from country to country. Australia’s pre-funded pension funds accounted for 125% of gross domestic product (GDP) in 2018, which was among the highest in the world. Although China’s social security fund is relatively large, as of the end of 2018, the country’s pension reserves only accounted for about 10% of GDP, among the lowest in the world.

However, we must bear in mind that China has a large number of state-owned enterprises and allocating shares in those companies to social security funds is one option to increase the assets in the pension fund.

Disputes remain over China’s pension reform. The first involves different views on the aims of the system among government departments. When we address pension reform we need to consider not only the appropriateness of pensions but also what kind of protective role they can play. We also need to consider fairness, efficiency and risk share. But there are different opinions on the problems, tools and policies that should be used in the reform of the pension system and it is often difficult to coordinate these among the different parties involved.

We need to establish a more comprehensive measurement of our goals, and we need to compare the effects of our policy choices across the different departments involved. This would help focus discussions on one single framework and avoid everyone talking about their own interests.

China needs to make the transition from a DB type system to a DC type system, but problems during the transition need to be tackled. One is the problem of the empty individual accounts of middle-aged and older employees (resulting from local governments in the past taking capital from the accounts to cover pension deficits and pay benefits). One option is to set up nominal accounts for these workers where the pay-as-you-go portion of individual accounts are recorded and the interest rate on government bonds is used to calculate what needs to be repaid. This would both incentivize workers to maintain contributions and achieve a smooth transition to a DC type system.

We could also use the same method employed during the housing reforms of 1999, which used factors such as length of service and seniority to compile individual scores which were then used to calculate asset values. This would help solve the issue of fairness between the younger and older generations in the process of pension reform and transition. Young people can use real DC accounts while middle-aged and older workers can set up nominal individual accounts that include a combination of real and empty accounts.

Currently, about 10% of state-owned capital is allocated directly to the country’s social security fund but this is not enough. There is still plenty of margin to use these assets to fill the pensions gap.

Pension portability is a key issue that reform needs to address. China’s labor force is highly mobile and we need to ensure that workers can take their pensions with them when they move from one province to another. The solution several years ago was to make pensions portable but in reality this has been very hard to implement. What proportion of pensions should workers be allowed to take with them? Should it be limited to their own contributions, which amount to 8% of their salaries, or should it also include the portion that went into the pay-as-you-go part of the system, the employer’s 20% contribution. How do we deal with the return on investment from those contributions? It is difficult for migrant workers to negotiate with the local government, and the amount they take away with them is, in the end, quite small.

Many migrant workers would prefer to forego future pension benefits in return for higher wages now, but this in turn affects contributions and pension sustainability. Technology developments in finance and electronic payments now open up the possibility of using what’s known as a distributed system to operate and management pensions, which means payments from multiple sources can be made to one person. It also offers the possibility of implementing different reforms and testing options for transitioning the system.

How the money in our pension funds is invested and by whom is another issue to be considered. Investment needs to handle the trade-off between market competition and the operational efficiency of the various institutions that manage the pensions. At present most of the money in the state pension system is managed at the provincial level. In 2019 the State Council issued a proposal to broaden the management of pension funds but opinions have been mixed. A certain degree of competition can promote efficiency in the return on investment for pension institutions, but too many institutions will lead to higher costs at the expense of returns. Some countries are totally dependent on private pension management organizations, giving consumers greater freedom of choice. But these companies have huge advertising costs which may consume as much as 2% of the pension fund's income.

China, as a large country, may need a limited number of pension management companies — but not too many. Considering our population of 1.4 billion and the convergence of the existing administrative system, pension management institutions already exist in 30 provinces and cities, which sounds appropriate and also gives us scope to explore various trials.

Investment management also involves risk appetite, and different age groups may have different preferences. Some suggest that pensions should not be invested in projects with a rate of return below 8% but in reality, achieving a return of 8% on medium- and long-term investments is not easy. Given the long-term economic outlook and the inherent uncertainties in financial markets, it is impossible for state pension managers to guarantee long-term rates of return on investment. Therefore, sharing investment risks is also an important aspect of pension sustainability.

This gives the rise to a question of whether pension funds should be allowed to invest globally. Some small countries often diversify their pension investments around the world in the hope that it will increase returns and spread risks. For China, whether pension funds can invest globally will depend not only on progress in opening our capital account, but also on the healthy development of the domestic capital market.

Pensions are a multi-dimensional and complex issue that encompass a range of factors such as how to handle the relationship between voluntary and compulsory savings, whether tax regulations can offer the pension system effective incentives to encourage contributions, and how pension insurance, housing and health insurance affect each other. We also need to study whether effective health insurance for the elderly can reduce mandatory and voluntary savings.

Zhou Xiaochuan is a former Governor of the People’s Bank of China (PBOC) and is currently president of the China Society for Finance and Banking, a PBOC-managed financial research institution. This article is an excerpt of a report he gave to the annual meeting of the China Finance Forum. It has been edited for length and clarity.