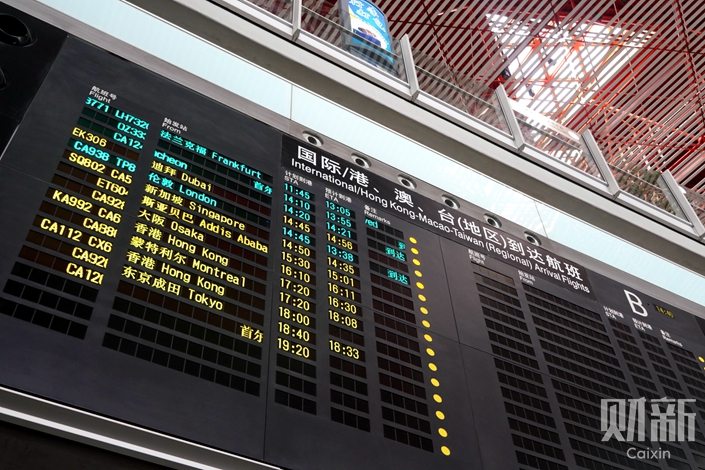 Beijing, Shanghai and Hong Kong are ramping up their quarantine measures for those arriving from overseas, as major sources of Covid-19 infection shift outside China in what the World Health Organization (WHO) has deemed a global pandemic.

Starting Saturday, anyone arriving in Hong Kong with a history of traveling to the worst-hit regions of France, Germany, Japan or Spain, or anywhere in Italy, in the last 14 days will be subject to 14 days of compulsory isolation in a quarantine center regardless of residential status, the Special Administrative Region’s government announced Tuesday.

The measure broadens restrictions on arrivals from Italy to cover the entire country and comes in addition to rules requiring quarantines for all individuals entering the city from the Chinese mainland and Iran. Existing rules also require quarantines or medical surveillance for residents returning from South Korea, depending on the region of the country that they had traveled through.

Hong Kong outright bars nonresidents who have visited either Hubei province, the epicenter of China’s outbreak, or South Korea in the 14 days prior to entry.

At a press conference Wednesday, Beijing’s municipal government announced that all who arrive from abroad, regardless of citizenship or country of origin, will be subject to 14 days of medical isolation at home or at a government-designated location.

The move marks an escalation of a week-old policy requiring quarantines only of individuals that have traveled from countries with “severe outbreaks,” including South Korea, Italy, Iran and Japan. It marks a stark contrast from a previous approach that had exempted various types of individuals from quarantine if they had arrived in Beijing from overseas rather than from other parts of China.

Officials said that Beijing’s Capital International Airport had set up a designated zone at Terminal 3, where flights from countries hard-hit by the coronavirus would berth, and various screening and quarantine measures will be taken. Those arriving in Beijing are expected to take arranged cars to communities, hotels or quarantine centers, which would then facilitate medical supervision.

“We’d like to remind our foreign friends to please get diagnosed as soon as possible once you land if you have symptoms like fever or a dry cough and avoid long-distance travel, in order to not delay treatment or spread the disease,” said Pang Xinghuo, deputy director of Beijing’s Center for Disease Control and Prevention.

In a Sunday post on social media, Shanghai said it required those arriving in the city from countries with severe outbreaks to observe a 14-day quarantine while those from other parts of the world had to register their information and accept “health supervision.”

On Thursday, the mainland reported 15 new cases of Covid-19, the lowest increase in almost two months and a fraction of the thousands of new cases it detected each day at the height of the domestic epidemic in February.

As of early Thursday, the worst-hit countries outside China were, in sequence, Italy, Iran, South Korea, France and Spain, each of which has thousands of cases. The same day, the WHO designated Covid-19 a global pandemic, acknowledging that the virus is likely spread to every country around the world.