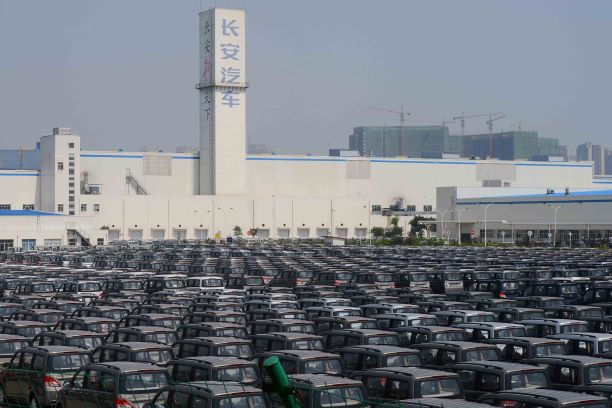 Chinese automaker Changan Automobile said Tuesday that it will start mass production of a passenger vehicle with “conditional” self-driving capabilities this month.

The Chinese government divides autonomous driving technology into six levels from 0 to 5, which are similar to the standards set by the American Society of Automotive Engineers (SAE). “Conditional” driving automation refers to Level 3 technology, which allows a vehicle to drive itself only in certain environmental conditions as long as a human driver can take manual control in the event of an emergency.

The mass-produced model, named the UNI-T, uses a sensing system made up of five millimeter-wave radars, 12 ultrasonic radars and six video cameras to create three-dimensional maps of the 360-degree environment of the vehicle in real-time with a maximum detection radius reaching 200 meters and detection accuracy close to within 10 centimeters, Xinhua reported.

So far, cars equipped with Changan’s Level 3 self-driving system have traveled about 50 million kilometers in total during test drives under more than 10,000 road conditions, Changan president Zhu Huarong was quoted by Xinhua as saying.

Changan is among 11 automakers and tech firms, including Geely and BMW, which have been approved by the Chinese government to take part in the formation of new rules about how to rate self-driving capabilities, which will take effect Jan. 1, 2021.

In China, traditional carmakers and tech firms are scrambling to develop driverless cars. On Monday, search engine giant Baidu broke ground on its 1 billion yuan open-testing base for autonomous vehicles powered by Level 4 technology in the Chinese city of Chongqing in what it calls the first in the country. Last year, 52 autonomous vehicles belonging to Baidu logged 754,000 kilometers during road tests in Beijing, accounting for about 85% of the total distances driven by self-driving cars owned by 12 licensed firms including Tencent, Didi and Nio.