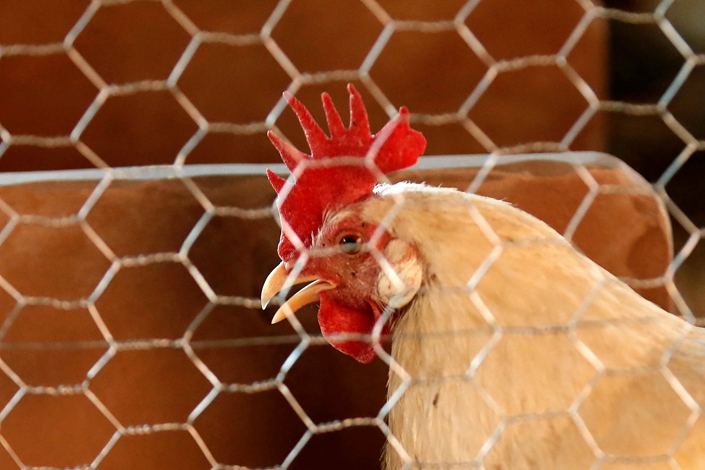 (Bloomberg) — U.S. chicken exports to China are flowing freely again as logistical bottlenecks caused by a deadly virus dissipate and the Asian nation issues tariff waivers to buyers, according to Sanderson Farms Inc.

The U.S.’s third-largest chicken producer has shipped 522 loads to China of mostly dark meat and paws, CEO Joe Sanderson Jr. said in a presentation Wednesday. That’s up from 420 at the end of February, when the company reported earnings for the first quarter.

The coronavirus outbreak, which has claimed more than 4,000 lives globally, disrupted transport operations in China and left thousands of meat containers piling up at ports. While retaliatory tariffs were until recently a hurdle for U.S. shipments, China is now giving duty waivers to buyers, Sanderson said.

“Product is moving through the ports and in country,” he said. “There are no more issues at the ports or with trucking in China. All that’s moving freely.”

China lifted a ban on U.S. chicken in late November, and in December, the company shipped its first container of paws even with tariffs in place. Importing now has become easier as Chinese buyers can apply for waivers, which are valid for 30 days, according to Sanderson.

China, the world’s largest pork consumer, and many other parts of Asia are experiencing a severe protein shortage after African swine fever killed off hundreds of millions of pigs. As the cheapest substitute for pork, chicken has been dubbed a winner. The closure of the wild-animals market will also help poultry demand, Sanderson said.

“That means to me that, along with ASF, China is going to need to import protein for a good bit of time to come,” he said, commenting on trade in wild animals.

Demand from China is helping boost prices for dark meat, and the meat producer is close to approaching a point where the company won’t have enough capacity to ship more to the Asian nation, which is currently buying drumsticks, leg quarters, whole legs, paws and gizzards.

“We are getting to a point where we won’t be able to sell any more product to China,” Sanderson said. “We are not there yet, but we will approach that before too long.”

Shipments of just chicken paws to China will boost earnings before interest and tax by $65 million this year, with the majority of the gains seen in the third and fourth quarters, according to the company. That’s because three of its plants had never packed paws and are still learning to do so.

U.S. chicken is also experiencing higher domestic demand as sandwich wars between fast food restaurants are reaching a fever pitch. The coronavirus hasn’t yet dampened the pace of food service orders for Sanderson Farms, and the company is even short this week, the CEO said. Wholesale breast prices have jumped more than 20% in the past two weeks.

Mexico has also been buying up the white meat. Sanderson said the company’s weekly exports have doubled from about 25 loads to 50 to 55 loads, and he suspects competitors are doing the same.

As a bonus, Cuba is also in the market with a tender, Sanderson said. The nation hadn’t being buying as much recently as it’s backed by Venezuela, which is facing a crisis.

Restaurants may be hoarding chicken for sandwich wars, buoying prices