WHO ‘Pandemic’ Declaration Is Call to Action, Experts Say 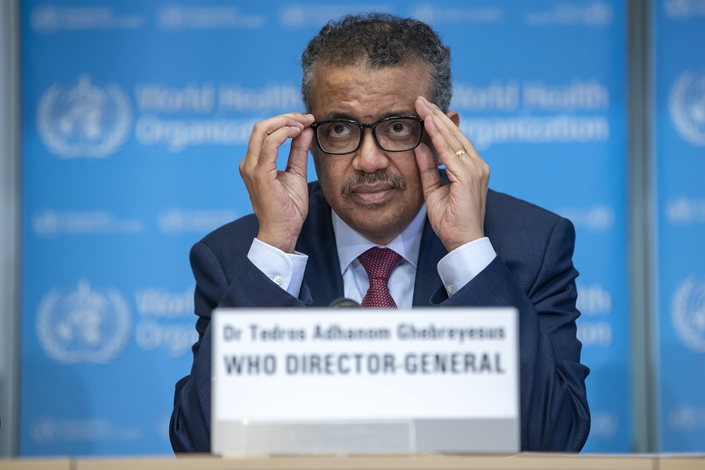 Tedros said the number of cases, deaths and nations affected were likely to climb in the days and weeks ahead — due to a lack of capacity and resources in some nations, and in others, a “lack of resolve.” Photo: IC Photo

“Pandemic is not a word to use lightly or carelessly. It is a word that, if misused, can cause unreasonable fear, or unjustified acceptance that the fight is over, leading to unnecessary suffering and death,” Tedros said.

But he said the number of cases, deaths and nations affected were likely to climb in the days and weeks ahead — due to a lack of capacity and resources in some nations, and in others, a “lack of resolve.”

The long-awaited “pandemic” label, which simply means a disease that has spread widely, is not an official WHO classification, so Tedros probably used it to encourage some countries to take more aggressive measures, experts told Caixin.

“(Tedros) was effectively pointing out that a number of countries haven’t used this time effectively to prepare … for the arrival and spread of Covid-19,” said Adam Kamradt-Scott, a health security researcher at the University of Sydney. “Some countries don’t have the laboratories to test for the virus or the health systems to care for people who become unwell, while other leaders appear to have effectively ignored the threat and (done) little to nothing to prepare.”

Kamradt-Scott said he believed that many cases around the world had gone undetected because of limited lab capacity rather than an absence of the disease. “A good example here is the continent of Africa, which has only recorded a handful of cases so far and yet it is believed the virus may be circulating widely.”

Meanwhile in the U.S., President Donald Trump has been accused of frequently contradicting expert advice and downplaying the impact of coronavirus, including appearing to suggest people sick with it could get better by going to work, and exaggerating how soon viable vaccines may be available.

Tedros reiterated that there was still time to change the course of the disease. “If countries detect, test, treat, isolate, trace, and mobilize their people in the response, those with a handful of cases can prevent those cases becoming clusters, and those clusters becoming community transmission. Even those countries with community transmission or large clusters can turn the tide on this virus.”

“Several countries have demonstrated that this virus can be suppressed and controlled.”

The number of new Covid-19 cases in China and South Korea continued to slow, with the Chinese mainland reporting only 15 new cases at the end of Wednesday, as outbreaks elsewhere continued to gather pace.

Paul Hunter, a medical professor at the University of East Anglia in the U.K., said declaring a pandemic was not a major change in policy and that the important step from the WHO was declaring Covid-19 a public health emergency of international concern, which it did on Jan. 30.

Michael Head, a global health researcher at the University of Southampton, said the change of language could push some nations to take stronger measures, such as banning public gatherings, sooner than they were otherwise planning to.

Meanwhile University of Edinburgh infectious disease researcher Mark Woolhouse cautioned about the need for a “sustainable” response. “It is now clear that Covid-19 is going to be with us for a considerable length of time and the actions that we take must be actions that we can live with for a prolonged period.”

“The WHO is right to declare this a pandemic,” said Jeremy Farrar, director of U.K. medical research charity the Wellcome Trust. “Infectious diseases do not respect borders.”

Farrar said the public health measures taken in some nations had “undoubtedly” reduced the impact of the virus and bought everyone critical time. “But now everyone, everywhere must use this short window of opportunity to intensify and maximise all efforts to contain this virus, (and) prepare our health systems and communities for the inevitable impact.”