Should I Stay or Should I Go? The Dilemma for Italy’s Chinese Residents 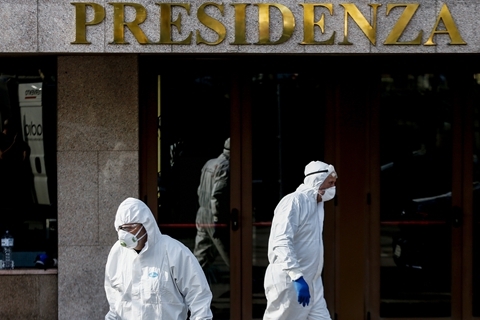 Ah Fan didn’t expect his situation to change so dramatically in less than two weeks.

In mid-February, as the deadly new coronavirus epidemic spread rapidly through China, he began worrying that his extended family in Wenzhou, a commercial city in eastern Chinese province of Zhejiang, may not have enough face masks to guard against the outbreak.

But by the end of the month, the tables had turned, and Ah Fan, who spoke to Caixin on condition of anonymity, found himself trapped in one of the countries hit worst by Covid-19, while China’s outbreak was largely under control.

Chinese officials now say the nation’s greatest public health threat is so-called “backflow cases” — people who contract the virus outside China and bring it back to its suspected country of origin. Indeed, most recent new cases outside the disease-stricken central province of Hubei have been “imported” from other countries.

While many Chinese people living abroad spent the early stages of the outbreak shipping face masks and other medical supplies back to their home country, now many communities of overseas Chinese – particularly the famously mercantilist people of Wenzhou – are sending equipment back to Western countries.

Meanwhile, people like Ah Fan are faced with a dilemma. Staying in locked-down Italy means suspending their businesses, but returning to China may cause another spike in infections.