Wang Shuo: There’s a Better Way to Reboot the Economy After Covid-19 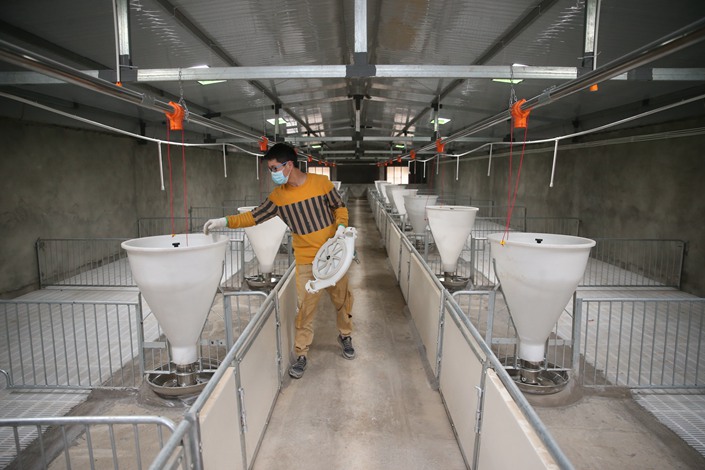 China’s Covid-19 outbreak has been contained, but what about the Chinese economy?

To answer this question, we first need to look at what is happening around the globe: there are countries that have been gradually closing their borders, cities under lockdown and people forced to stay home. This is a once-in-a-century phenomenon.

In terms of disease control, the situation in East Asia is generally stable. The novel coronavirus has been contained in China, and it is largely under control in South Korea. Japan has prevented its outbreak from turning into a disaster.

But in Europe, the outbreak is enormous. European countries have topped the list of confirmed cases globally. Italy is suffering a disaster that is no less severe than Wuhan’s. Infections in Germany, France and Spain have been surging. The United Kingdom has abandoned its delusional “delay” strategy and switched to a strategy to “suppress” the outbreak. Other European countries have also adopted tougher approaches. Thus, as long as those countries can move fast on massive testing and effective isolation of patients, there won’t be any reason that Europe cannot contain the virus.

The United States has also mobilized its entire society. With an established corps of capable medical professionals in both the public and private sectors, the U.S. will be the first developed Western country to succeed at containing the virus. Using how long it took China to get the disease under control as a reference, I predict the U.S. should get there in about 40 days.

China has stopped the virus from spreading from the epicenter of Wuhan, Central China’s Hubei province. The number of new reported cases has fallen to zero in Hubei, and in Wuhan as well.

So, how about the economy? Economic activity has resumed to some extent in many parts of China. But the country as a whole is not yet ready to get the economy running at full-throttle. If the country tried to do so, it would be like sailing against the current — getting half the results for twice the effort.

Although China can restart part of its economy now that the virus has been contained, the world is not ready. Overseas demand, which is crucial to the Chinese economy, has been shrinking due to the pandemic’s impact on other economies. The global outbreak has happened so fast that China’s policymakers may not have taken it into account when they decided to restart the country’s economy.

Deutsche Bank AG predicted on Thursday that the U.S. economy in the second quarter of this year would shrink 12% from the same period in 2019. A contraction of that size is something far beyond the normal ups and downs of the business cycle. If China manages to reboot its economy, to whom would it sell its products? For the time being, decision-makers should give up on the idea of restarting every part of the economy. It would be a delusion to do so because, first, the disease could come back and, second, it won’t do much to help the economy.

However, there are some parts of the economy that policymakers should focus on:

First, they should prioritize currently limited resources to protect economically vulnerable groups and support those sectors related to people’s livelihoods.

Second, they should spare no effort making sure there is sufficient food and daily necessities available for the population.

Third, they should restart the services sector, which is less affected by the global outbreak as there is a need to boost local demand and bolster employment.

Decision-makers can make adjustments to the plan after the pandemic is under control. Let’s hope that day will come soon.