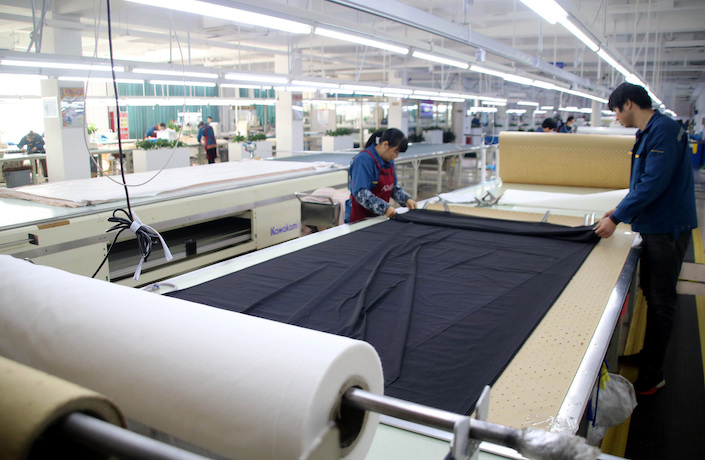 As Chinese manufacturers return to work following a nearly two-month shutdown during the Covid-19 epidemic, many are finding they have no work because foreign clients cancelled or slashed orders as the pandemic spread globally.

China’s Ministry of Commerce Monday warned that the foreign trade sector may face a decline in orders even though two-thirds of key manufacturers outside of Hubei, where the outbreak hit the hardest, have resumed more than 70% of operations. Several exporters told Caixin that their business is worse than after the financial crisis of 2008.

Li & Fung Group, the world’s largest supplier of consumer products, has been receiving order cancellation since the beginning of March and expects more in the future, said Huang Wei, vice president of the company’s Shanghai unit. Li & Fung helps many retail brands source products from thousands of manufacturers in Asia and manages production and logistics processes.

“As brands have no confidence in developing new products, they either reduce styles in development or delay or cancel shipment,” Huang said. “We are dealing with such requests every day and more often in the future.”

In Yiwu, the world’s largest small-commodity wholesale market in East China’s Zhejiang Province, a jewelry exporter said 5% of its orders have been canceled since last week, and those that haven’t done so are considering scaling back or delaying shipments.

“Last week, an Italian client suddenly told us they don’t need the goods anymore,” the jewelry exporter said. “Some clients are asking for a two-month delay in shipment.”

A textile machinery trade company estimated that business from Europe and the Middle East could resume as early as September, based on current pandemic developments. If that’s the case, the whole year’s orders could be gone, as orders for machinery products placed in the fourth quarter are usually fulfilled the following year.

The total number of confirmed cases in the world outside China approached 170,000 Friday, more than double the number in China, and deaths exceeded 10,000. As Italy locked down the whole country and many states in the U.S. shut down retailers and nonessential businesses to prevent the spread of the virus, companies are expected to experience a prolonged interruption.

Li & Fung’s Huang said he expects European and American retailers to close stores for at least three months, which means no order for suppliers for at least six months.

“Not the whole world is affected by the outbreak,” the jeweler said. “There are still stores in some countries that are still open.”