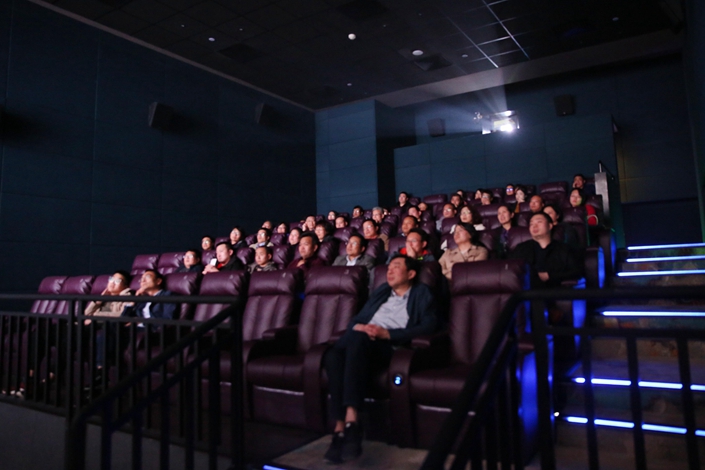 Hundreds of Chinese cinemas have reopened as new coronavirus cases across the mainland edge closer to zero.

As of March 21, a total of 507 cinemas across China had reopened to moviegoers, representing 4.5% of the total cinemas operating in the country, according to statistics released by ticketing agency Maoyan. The reopened cinemas currently have a temporary plan of just screening previous box-office hits.

The initial movies chosen include the 2017 action film “Wolf Warrior 2”; the 2019 sci-fi title “The Wandering Earth”; “Wolf Totem,” a 2015 drama film based on a 2004 Chinese semi-autobiographical novel of the same name; “American Dreams in China,” a 2013 Chinese movie that was shown at the 2013 Toronto International Film Festival; and “Capernaum,” a 2018 Lebanese drama film that won the Jury Prize at the 2018 Cannes Film Festival.

Other provinces where cinemas have reopened include Henan and Fujian, Maoyan said.

According to a survey of the general public by Maoyan, nearly 70% of respondents considered going to the cinema as their top choice for entertainment once the epidemic ends, while about 30% said that they would return to cinemas as soon as they restart businesses.

China has suspended cinema operations to avoid public gatherings since the end of January as part of nationwide efforts to contain the spread of the virus.

However, the shutdowns have helped create a new trend of watching films online. “Lost in Russia,” which was set for theatrical release on the first day of the Lunar New Year on Jan. 25, was instead streamed over ByteDance-owned platforms the same day and was made free to audiences, proving to be a big hit. The decision to premiere the film online drew criticism from Chinese movie companies, with some claiming that it harmed the Chinese cinema industry’s interests.