Opinion: The World Is Facing Financial Risks on Par With the Financial Crisis 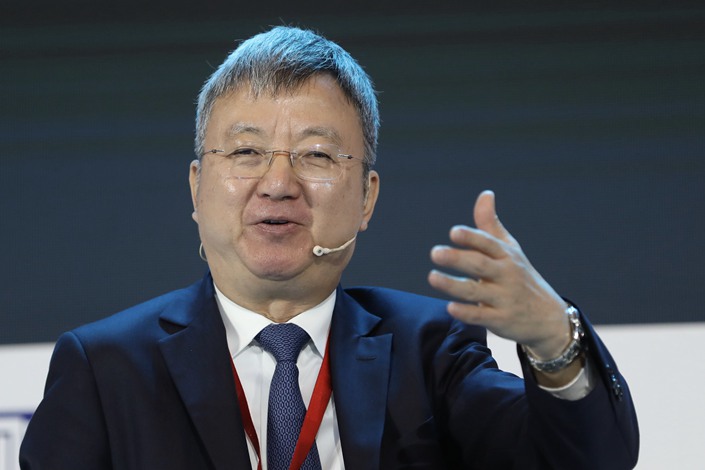 The global economy is on a downward trend.

The epidemic has had a direct impact on consumption and services, undermining overall demand. We estimate that consumption will decline in Europe and the U.S. by about 3% of GDP. The rebound in consumption after the epidemic will probably lag.

The epidemic will also hit overall supply as it impacts operations of small and midsize enterprises (SMEs) and industrial chains. SMEs account for more than 50% of GDP and more than 80% of all employment in many countries. Historic data show that 30% of SMEs will not be able to maintain their operations if they suspend work for more than three months, and more than half will go bankrupt if shutdowns last for more than six months.

The epidemic will deal a severe blow to global trade. In 2019, global trade dropped 1.1%, marking a reversal from 3.6% growth in 2018. We estimate that total global trade will fall sharply this year, shrinking by more than 10%, marking a steeper decline than that during the global financial crisis in 2008.

Take Italy as an example. Even if Italy manages to contain its outbreak by June, it will see a serious economic impact in the first half of 2020 and continue to be affected in the third quarter. It is estimated that the drop in consumption will drag the country’s GDP growth down by 0.6 percentage points in 2020, although investment stimulated by government policies will add back 0.15 percentage points. Its exports will be hit hard, with a drop in net exports likely dragging GDP growth down by 1.56 percentage points. The country’s economy is expected to shrink by more than 2% for the year.

We also estimate that the pandemic will cause the global economy to shrink this year, with around zero economic growth in the U.S. and an economic contraction in Europe.

The recent sharp fluctuations in financial markets reflect pessimism about the pandemic, policy uncertainties and low expectations of corporate profitability. The three big falls in global stock markets this year have all been rational adjustments rather than panic selling.

The first fluctuations in stock markets, affected by the epidemic in China and other parts of Asia, were relatively small local adjustments. The second wave of market declines came due to falling energy market prices, while the third wave of sharp drops stemmed from the rapid development of the global pandemic, reflecting the markets’ pessimistic expectations of government policies and the spread of the disease around the world.

Heavy debt is the greatest financial risk the world faces now. After the 2008 financial crisis, global debt continued to accumulate, and the debt of G-20 countries expanded from about $85 trillion in 2008 to about $159 trillion in 2018, outpacing their GDP growth.

As a result of large-scale government debt issuance, the risk posed by sovereign debt today is greater than it was in 2008. If a financial or economic crisis happens again, governments might not have much room roll out policies like they did during the 2008 financial crisis. Overall, the current level of global financial risk has reached the level seen in the 2008 crisis.

At a time when the global financial system is already quite fragile, there are three possible scenarios under which the pandemic could overwhelm it:

First, if the U.S.’ and European countries’ policies to contain the epidemic fail and they run out of medical resources, intensifying public and market panic and leading to stock market collapses, it will trigger a financial crisis.

Second, if the pandemic lasts too long, impacting global supply chains and trade and leaving companies unable to repay debt due to operational difficulties, it will lead to a wave of corporate bankruptcies. That will hit weak links in the financial system and thus cause a financial crisis.

Third, the size of nonbank financial institutions has been on par with that of the banking industry after years of development since the 2008 financial crisis. If their valuations fall amid continuously slumping stock markets, investors may choose to take their money back, leading to a liquidity crunch and thus triggering a financial crisis.