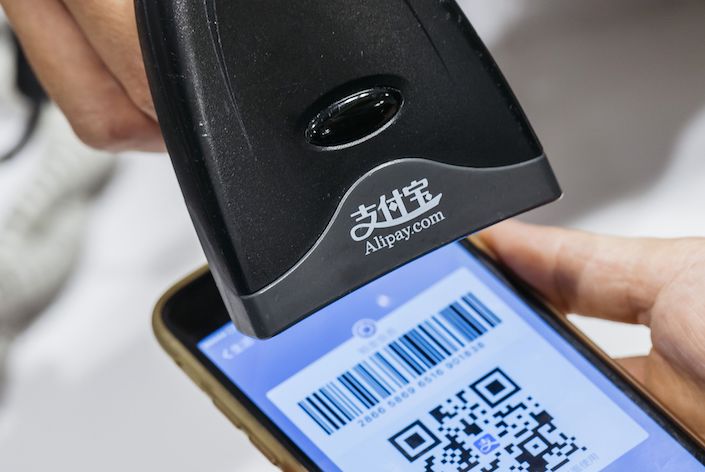 (Bloomberg) ― To get permission to leave China’s coronavirus epicenter and return to his job in Hong Kong, a Chinese banker needed two things: a letter from his company and a green health code from Alipay.

The man, who gave his name only as Clarence for privacy reasons, secured the necessary permission last week and boarded a high-speed train to the border city of Shenzhen.

“It was like the drama Prison Break,” he said of the challenges of leaving Hubei province. “There are so many levels to go through and so many barriers to overcome.”

The Alipay service of Ant Financial, the finance affiliate controlled by Alibaba Group Holding Ltd. co-founder Jack Ma, and Tencent Holdings Ltd.’s WeChat are credited with helping curb Covid-19 since it erupted in Wuhan in January. Because they’re the primary payment channels for everything from ride-hailing to e-commerce, they already tracked consumer activity of hundreds of millions of users.

During the outbreak, both companies released QR code systems that can be read by smartphones and determine which individuals pose health risks and need to be quarantined or could be allowed to use public spaces and transportation. Now this technology is proving instrumental in policing the country as it tries to get back on its feet.

At the same time, the systems have their flaws, some users say. Technical glitches have turned into effective travel bans, according to critics. A lack of transparency on how colors are generated has led to confusion and frustration with some people taking to social media to complain.

Alipay, the payment method of choice on Alibaba’s e-commerce platforms from Taobao to Tmall, was among the first to introduce the technology. Ant’s QR-based health code system assigns each user one of three colors ― green, yellow or red ― based on their location, basic health information and travel history. Green allows freedom of movement, while yellow and red indicate that one needs to self-quarantine or enter a supervised quarantine facility.

The colored QR code, which is already deployed in more than 200 cities, is obtained by entering information that includes name, national identity number, current location, recent travel history and ticking a box asking whether the person has been in contact with an outpatient or anyone hospitalized in the last 14 days. Once everything is complete, a code is automatically generated. Each code is refreshed at midnight.

Cafes, restaurants and shopping malls throughout China also request to see the green QR code before granting permission to enter. Since these health codes were first rolled out by Alipay on Feb. 11 in Hangzhou, adoption by merchants and businesses has been swift across the country with plans for wider deployment, according to Ant Financial.