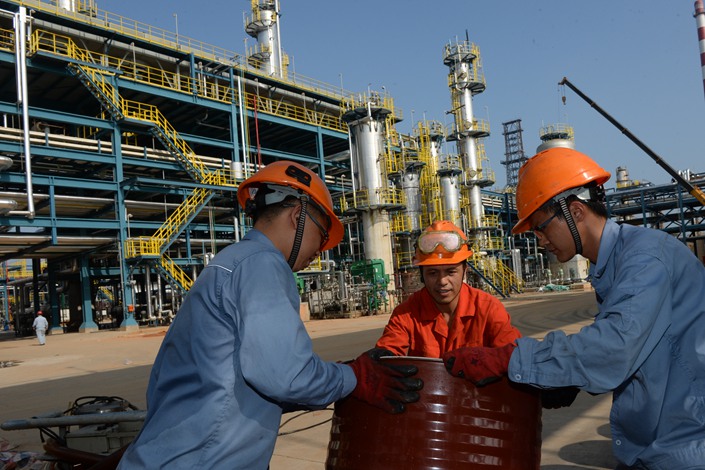 The eastern province, which is home to 37 oil refineries with a total capacity of 130 million tons annually, wants these mostly privately owned oil refineries to shut down and sell their state-approved refining quota to a new company — Shandong Yulong Petrochemical Ltd. — based on Yulong Island, a manmade island off the coastal city of Longkou.

How many refineries have agreed to join the new venture and when, if ever, the new company will begin operations is unclear. The Shandong government has given the plan the go-ahead, but approval hasn’t yet been received from the country's top economic planner, which allocates refining capacity quotas and must give the green light to every new oil-refining project.

The provincial government decided in 2018 to reduce the region’s refining capacity by 40 million tons to around 90 million tons by 2025, as profit margins continue to shrink, declining to 3.5% last year. However, nationwide refining overcapacity is set to rise further this year to 170 million tons, according to research from the CNPC Economics & Technology Research Institute.

A refinery’s success relies on stable downstream demand, which for Chinese refineries usually comes from their shareholders. Hengli Petrochemical, which has 20 million tons of annual capacity, is majority owned by Hengli Group Co. Ltd., which specializes in producing chemical fibers for which refined oil is a key ingredient. Zhejiang Rongsheng Holding Group, which invests in petrochemical, logistics and real estate businesses, holds a 51% stake in Zhejiang Petrochemical, a refinery with 40 million tons of capacity.

However, the biggest shareholder of Yulong Petrochemical is metal manufacturer Nanshan Group Co. Ltd., with a 71% stake. It produces aluminum products and operates wool textile and travel businesses, none of which generated petrochemical demand. Wanhua Chemical Group, which has a 20% stake, does however have some petrochemical interests.

An earlier version of this story misidentified the government body that had yet to approve Yulong Petrochemical. It was the country’s top economic planner.