Opinion: World Needs to Get Past Populism to Defeat the Coronavirus 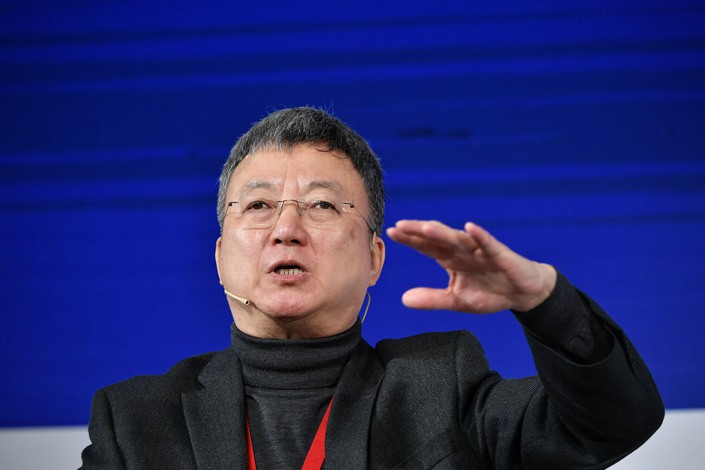 Populism, which has been rising since the 2008 financial crisis, has been fueling distrust among countries and damaging the foundation of international cooperation necessary to fight the Covid-19 pandemic. This stands in strong contrast to what happened a decade ago, when every country came together to overcome the global financial crisis.

The 2008 financial crisis seeded the ground for a sharp rise in populism, which represents the major structural political change of our time. Since the financial crisis, unemployment rates in some parts of the world have surged and the low-income class has taken a hit. The global economy has slipped into stagnation and growth has slowed. It has become difficult to find a job, particularly a long-term stable position.

Meanwhile, easy monetary policy has given financial markets a boost, benefiting the establishment. All of this has worsened wealth inequality; the rich have become richer while the poor have become poorer.

Take the United States as an example. The top 1% of the population took in 12.6% of the total national income in 1962. By 2018, that number had risen to 22%. Meanwhile, the income of the bottom 50% of earners fell from 19.5% of the total to 12.8%. Technological development and an aging population left the American middle class feeling insecure. But public policy did not respond to these changes, allowing voter mistrust to build and enabling the rise of political dissent and populism.

Donald Trump’s election as the U.S. president in 2016 demonstrated the populist shift in American society, as did Brexit in the U.K. and the ascent of populist parties in major European countries, including Germany, Austria, Italy, France and Spain.

Populism not only changed the political landscape, but also changed the direction of economic and financial policies. Populism rejects economic globalization and free trade, but supports easy monetary policy and higher fiscal deficits to fund public and military spending. The Trump-initiated trade war against China and U.S. trade frictions with Europe and Japan are typical examples.

Another characteristic of populism is the uncertainty and randomness of its economic policy. Trump’s sudden initiation of border negotiations with Mexico is just another example.

Under populism, there has been an uptick in anti-globalization sentiment, and the degree of mutual trust has plunged — both of which, as we can see, have been evident in the Covid-19 pandemic.

For example, southern Italians have discriminated against their northern compatriots; Germany blocked Switzerland’s shipment of medical supplies and immediately closed its borders after the U.K. adopted a “herd immunity” policy; U.S. President Donald Trump threatened to buy out the rights to use new German drugs, and called the coronavirus a “Chinese virus.”

This is not what happened during the 2008 financial crisis. At that time, U.S. President George Bush and U.K. Prime Minister Gordon Brown quickly joined forces with emerging economies such as China to craft a response.

The G-20 replaced the G-7 as the top coordinating body for international cooperation; the International Monetary Fund and the World Bank adjusted their shareholder structures to give emerging markets more of a voice and advance global financial governance systems; countries coordinated monetary and fiscal policies to boost global demand, helping the U.S. and the world overcome the crisis.

It’s hard to imagine any of this happening today.

At present, populism prevails in some countries and geopolitical risks are rising, which is making global cooperation more difficult and uncertain. The global political ecology has begun to move from cooperation to competition. If the pandemic worsens rapidly, the situation could turn hostile.

The pandemic is a global crisis, and the world needs to find a new way to cooperate in the fight against it. Only by doing so we can push forward the reform and construction of new political, economic and financial governing mechanisms.

This article, edited for length and clarity, is the second part of his assessment of the Covid-19 pandemic. Read the first part here.