Schwab: Covid-19 Is a Litmus Test for Stakeholder Capitalism 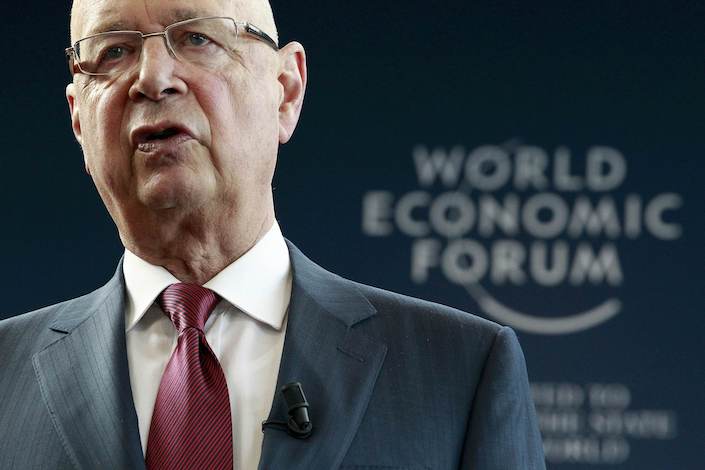 As the global COVID-19 health emergency continues, the economic fallout is mounting as well. Global economic growth has gone in reverse, businesses have started cancelling service to customers, and millions of workers are technically unemployed or fired. It begs the question: what happened to “stakeholder capitalism”, the enlightened economic model many companies embraced to just months ago? How can it be squared with what we’re seeing today?

To answer that question, let’s recall what stakeholder capitalism is about: ensuring the long-term preservation and resilience of the company, and embedding a company in society. In this sense, a short-term economic crisis, like the one induced by COVID-19, reveals which companies truly embodied the stakeholder model, and which ones only paid lip service to it, while maintaining fundamentally a short-term profit orientation.

The COVID-19 crisis is a litmus test, that shows who has been “swimming naked” while endorsing stakeholder capitalism. Of course, many global companies are profoundly shook up by COVID-19, and many have had to revert to very painful measures, to no fault of their own. Many SMEs in hospitality, retail, and travel were closed on government orders, too, leaving them with no or little ability to react. But the differences between global companies that truly oriented their business towards the stakeholder model, and those who had a short-term shareholder model, can be striking.

First, some major companies used their rising profits in past years for major share buy-back programs. It boosted their short-term profitability and increased executive bonuses. But faced with the lack of strategic reserves or investments, many of these companies are now the first to suffer, unable to turn the situation around unless government intervenes. The most obvious example comes from the biggest U.S. airlines, which spent 96% of free cash flow during the last ten years to buy backs shares.

By contrast, some companies used profits to invest in digital transformation, talent, R&D, and their customer relations. That can give them now an ability to react that other companies lack. Microsoft, for example, ranked 1st in JUST Capital’s stakeholder companies ranking, is a collaborator on Johns Hopkins’ coronavirus tracker, and is providing teachers with access and training for its Teams program to teach remotely. It can do so because of its business model, but also because its stakeholders expect them to step up at times like these.

Second, some companies in recent weeks continued to announce record bonuses and rewards for their CEOs, based on 2019 profitability and share prices. The UK-based airline EasyJet, for example, which sought state aid after it had to cancel most of its flights, nevertheless said it would go ahead with a £174 million dividend pay-out. Such short-sightedness won’t be forgotten – and it shouldn’t be - by clients, employees and governments, many of which are suffering.

By contrast, Marriot CEO Arne Sorenson, whose business and employees have been severely hit, announced he and his Chairman would take no salary in 2020, and halve the executive team’s remuneration. It exemplified the company’s embeddedness with its employees and societies it operates in. In a similar vein, Kenya Airways CEO Allan Kilavuka and his executive team also agreed to a 75-80% paycut, in solidarity with ground and aircraft personnel.

But being a stakeholder company in these times isn’t just about short-term signalling. Companies that did embrace the stakeholder model simply can afford better to help during this crisis, as their business model is more robust, and their alliances with other stakeholders in society, such as government and the public at large, are stronger.

Shipping giant Maersk offers the best example. It is offering its ships and cargo space to get emergency supplies wherever they are needed in the world, maintaining or creating thus shipping routes that are not necessarily commercially viable. That it can do so is because of stakeholder collaboration in action: Denmark, where it is headquartered, is one of the countries protecting workers and companies most during this crisis, guaranteeing a significant share of their salaries. The “social contract” between Denmark’s people, government and business, allows them to be resilient and proactive in times of crisis.

Equally, Unilever, which has been a champion of the stakeholder model since Paul Polman’s tenure, on Monday announced an immediate donation of $50 million in soap to the COVID Action Platform. That platform that was set up in response to the global health emergency by the World Economic Forum, and in partnership with the World Health Organization. Unilever’s commitment to it is a testament to its longstanding relationship with its customers – regular people who buy their products – all over the world.

Both cases contrast with many well-known retail and food companies in the U.S., such as McDonald’s, Subway and Kroger, which have tens of thousands of employees without paid sick leave. It is a failing of both government and the companies involved, which will lead to significant harm to livelihoods unless the government steps in.

Stakeholder companies understand that a global health emergency such as COVID-19 requires all societal actors to temporarily reorient themselves to the emergency response needed, and they have the agility and preparedness to do so. That is not a coincidence. They are the same companies that optimized for long-term prosperity, and cultivated shareholder capitalism. During these times, and when this is all over, we must support such companies. They represent the economic model that will make us survive today, but thrive again tomorrow.

Klaus Schwab is the founder and executive chairman of the World Economic Forum.