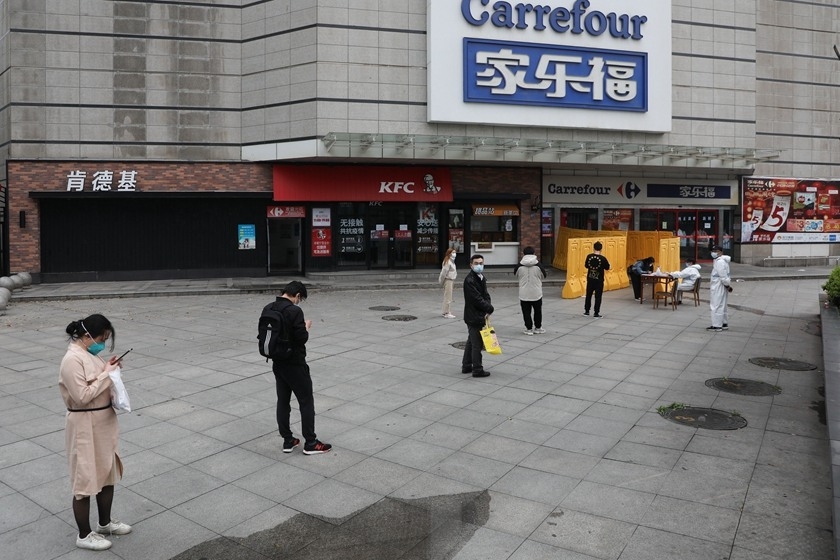 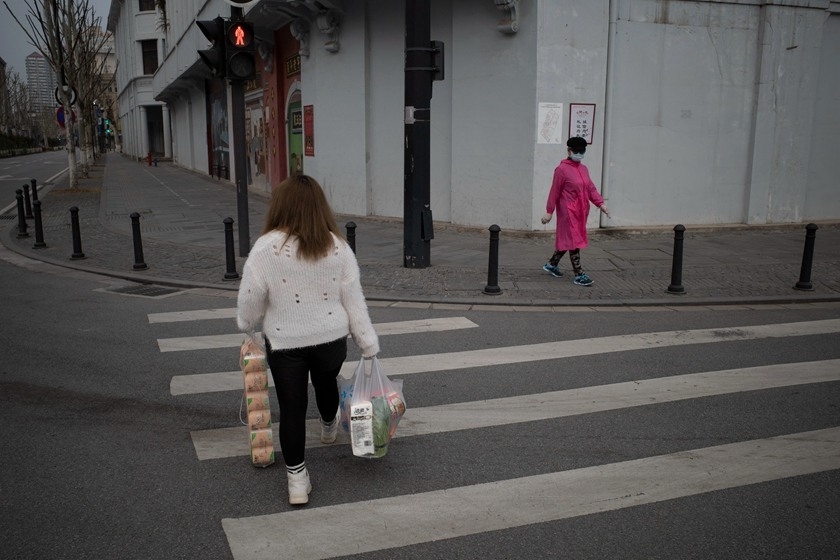 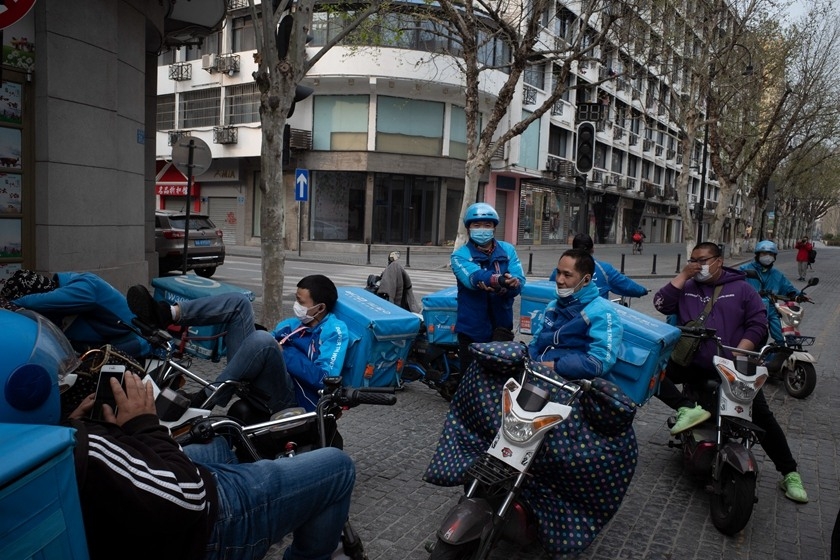 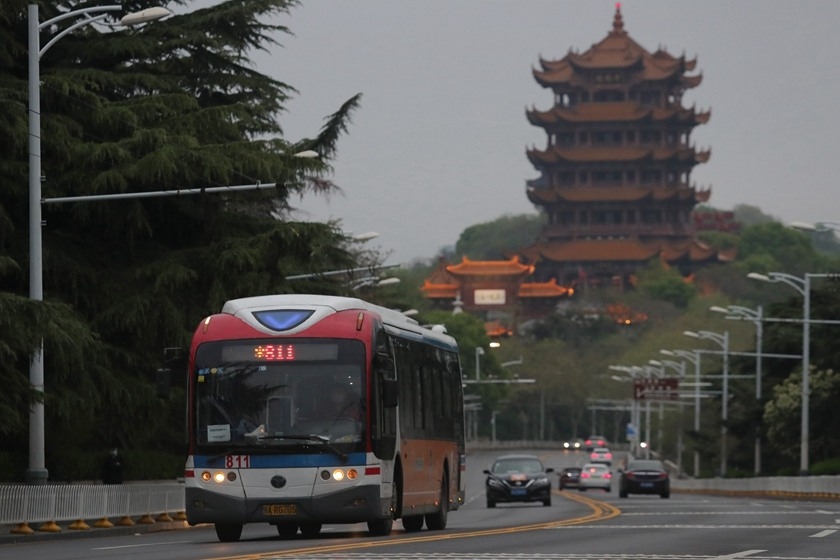 A bus runs through Wuhan. On Wednesday, the city resumed 117 bus routes that had been suspended by the local government in January in an effort to control the outbreak. Photo: People.vcg 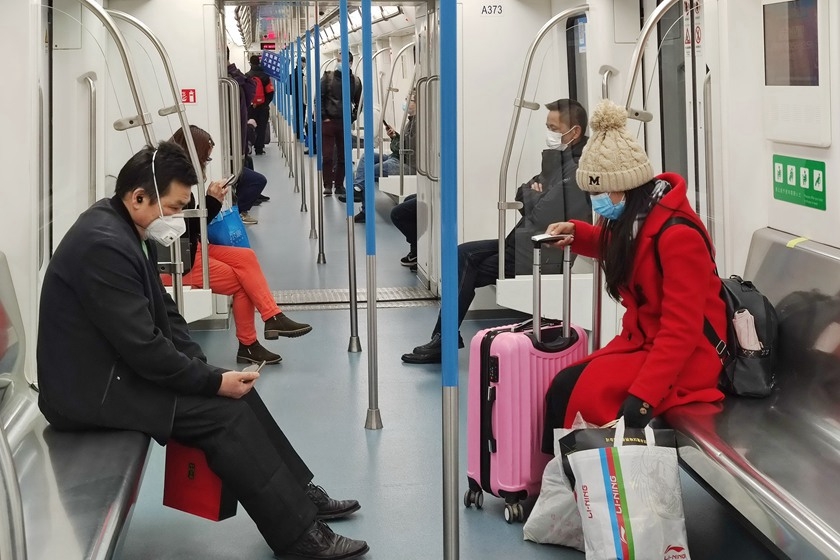 Passengers practice social distancing on the subway Saturday. As of that morning, six of Wuhan’s metro lines had reopened. Photo: People.vcg 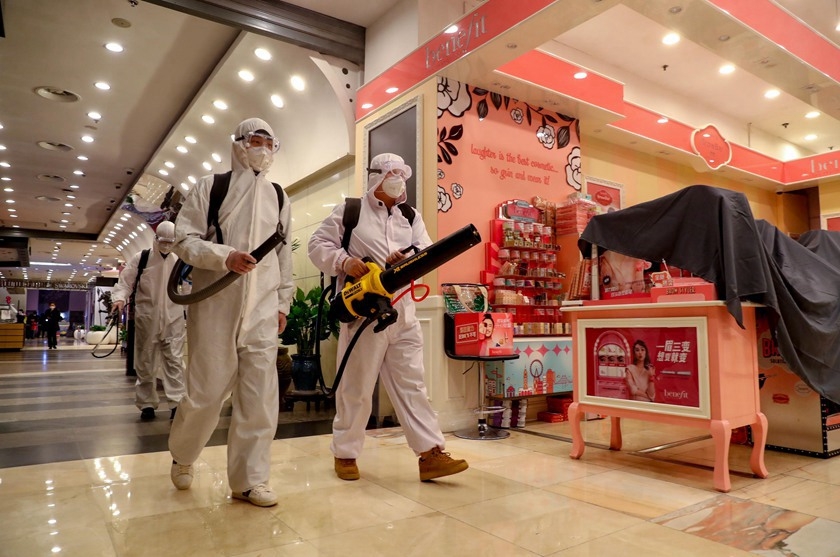 Workers in protective gears prepare Sunday to disinfect a local shopping mall that was readying to reopen the next day. Photo: People.vcg