Passenger Train Derails in Hunan, Killing One and Injuring 127 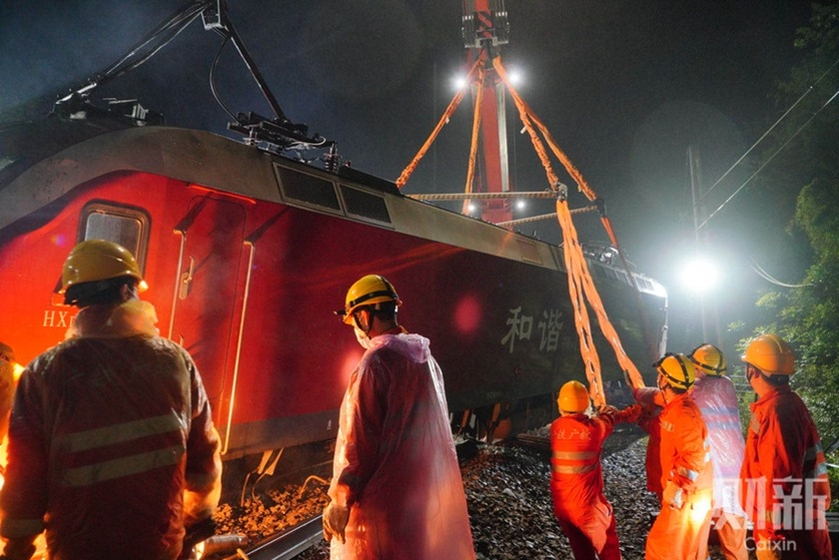 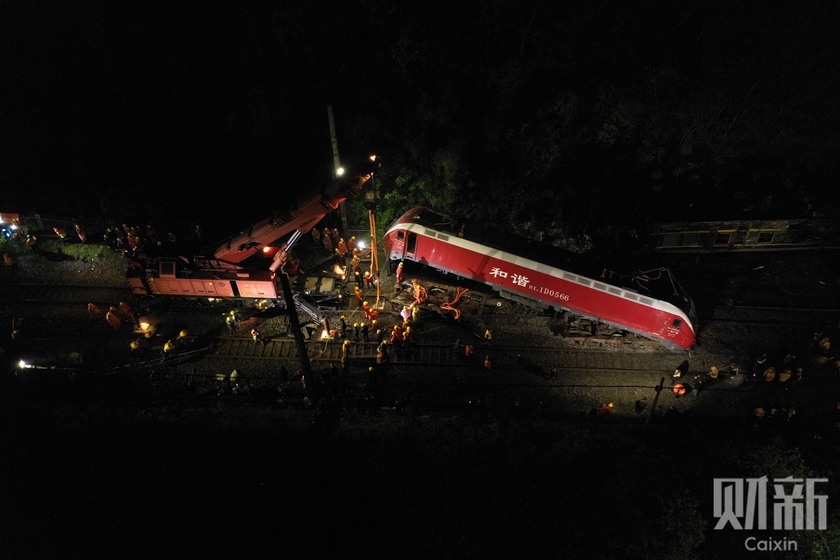 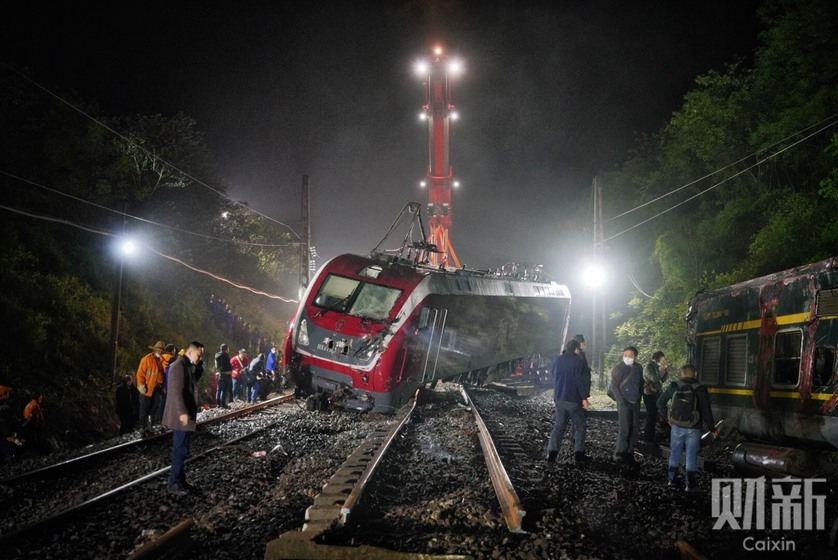 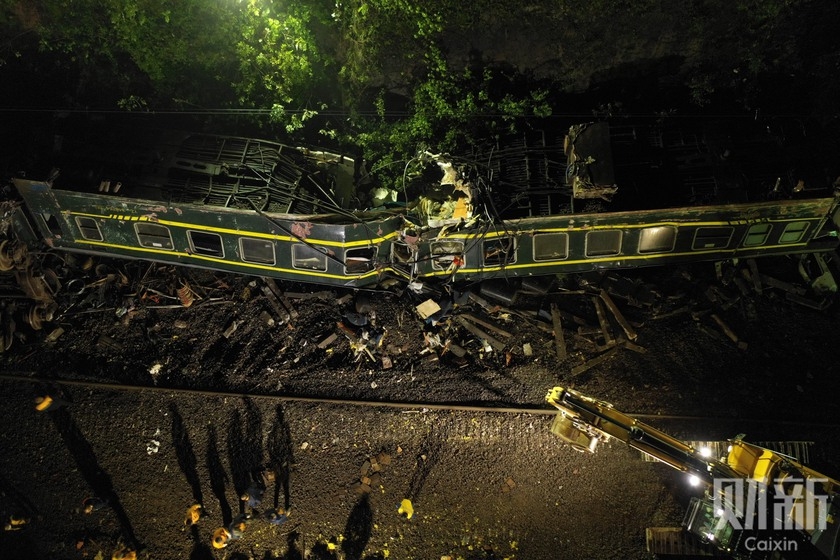 A damaged train car lies on the track. After running into the landslide, one of the train’s cars caught fire and five others jumped the track. Photo: Liang Yingfei/Caixin 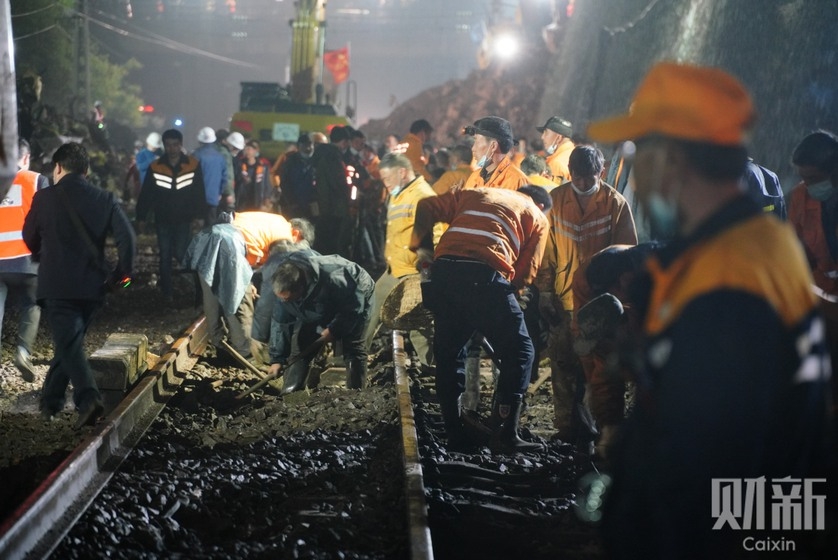 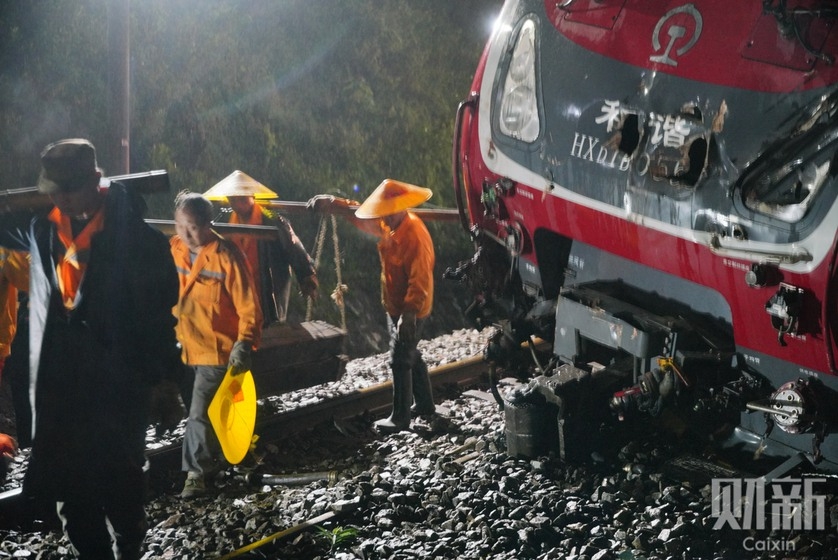 Workers carry pieces of wood that will be used to repair the track. Photo: Wei Shumin/Caixin 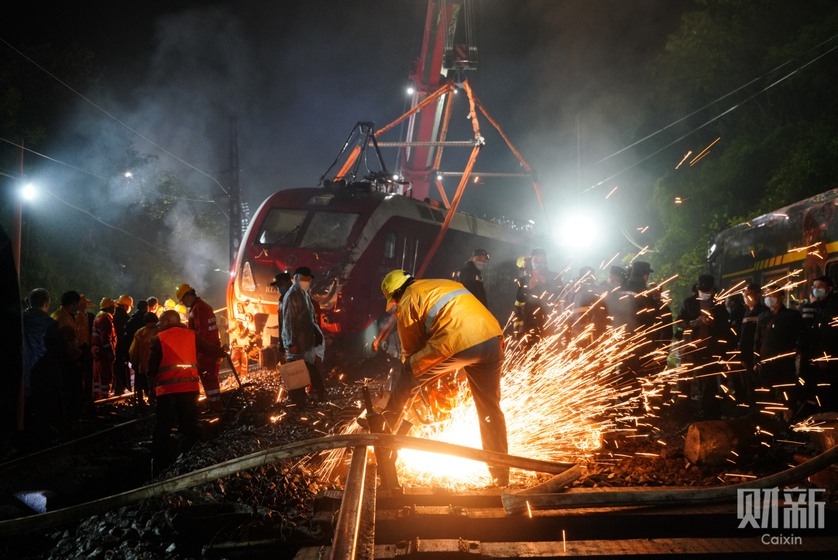 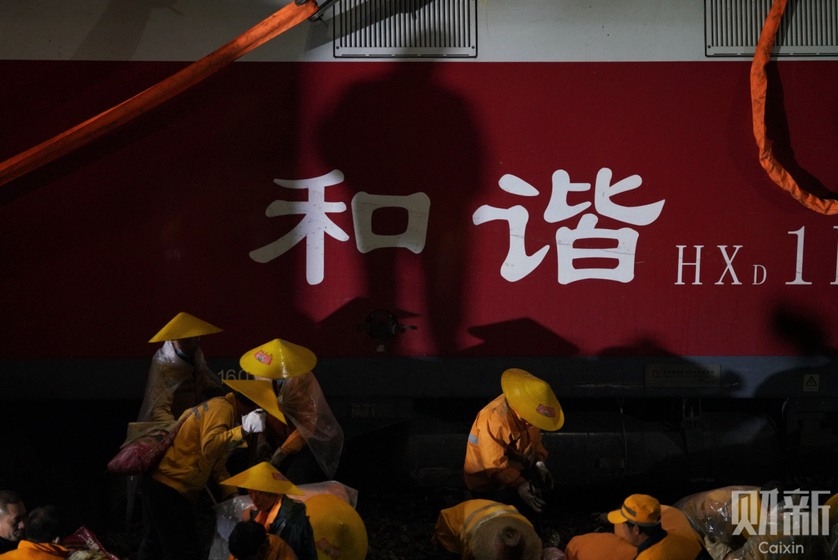