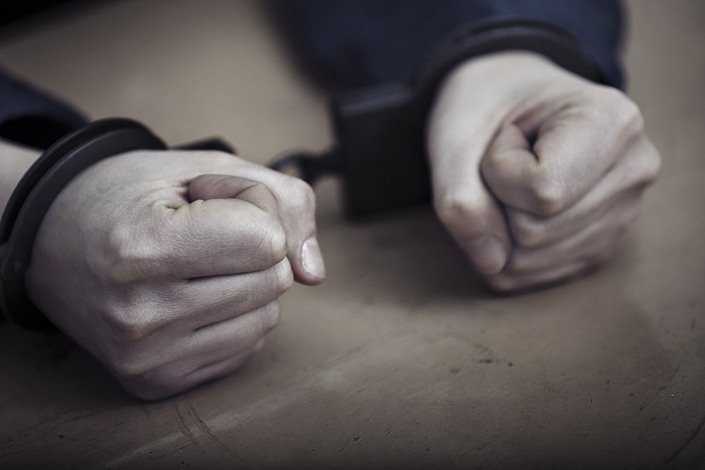 Guo Wensi, 37, of Beijing, attacked a 72-year-old retired electrician surnamed Duan following an altercation at a supermarket in Beijing, according to authorities. Photo: VCG

The Chinese capital has launched an investigation into the case of a convicted murderer who was released from prison on a dramatically reduced sentence last year and last month killed an elderly man over a dispute about wearing face masks.

Guo Wensi, 37, of Beijing, attacked a 72-year-old retired electrician surnamed Duan following an altercation on March 14 at a supermarket in the city’s Dongcheng district.

According to a notice issued by the municipal procuratorate, Guo threw Duan to the floor and struck him on the head and neck after the latter man asked him to don a mask, which Guo had removed while lining up for the cashier. At the time, authorities in Beijing had ordered people to wear masks at all times in public to combat the spread of the deadly Covid-19 epidemic.

Duan suffered brain damage during the attack and died on March 20. Two store workers received minor injuries. Guo was apprehended at the scene, the notice said.

Caixin has since learned that Guo was sent to prison for life in 2005 for murdering his then-girlfriend, but walked free last July after securing nine sentence reductions during a period spanning over a decade.

The disclosure raises fresh questions about how prisoners in China appeal for sentence reductions. The country amended its criminal law in 2012 and 2016 in an effort to raise the bar for commutations, but observers say existing appeal practices continue to provide opportunities for wealthier inmates to effectively bribe prison officials into reducing their sentences.

In December, a judge in southwestern China’s Yunnan province reinstated a death sentence originally handed down to the notorious gang leader Sun Xiaoguo in 1998 for multiple crimes including rape. Sun walked free in 2010 after repeated appeals saw his sentence cut to 12 years and five months’ imprisonment.

Guo’s former conviction played out in a similar way. Publicly available reports from 2004 describe how in August that year, the then-student of business and management at the Beijing University of Technology killed his girlfriend at a hotel in what is now Dongcheng.

Guo’s lawyer at the time recalled in a recent interview with Caixin that Guo’s family said the murder took place following an argument in which his girlfriend proposed ending the relationship.

In February 2005, a court in Beijing convicted Guo of intentional homicide, sentenced him to life imprisonment and stripped him of his political rights.

Those decisions whittled down the time he spent behind bars to around 14 years and five months. He walked free from jail on July 24 last year.

A prison system insider, who requested anonymity due to the sensitivity of the case, told Caixin that the frequency of the reductions looked suspicious.

“It reminds me of a government official moving up the hierarchy,” the person said. “It looks like he’s meeting the criteria for promotion, but in practice it’s unlikely a normal person would be able to do that.”