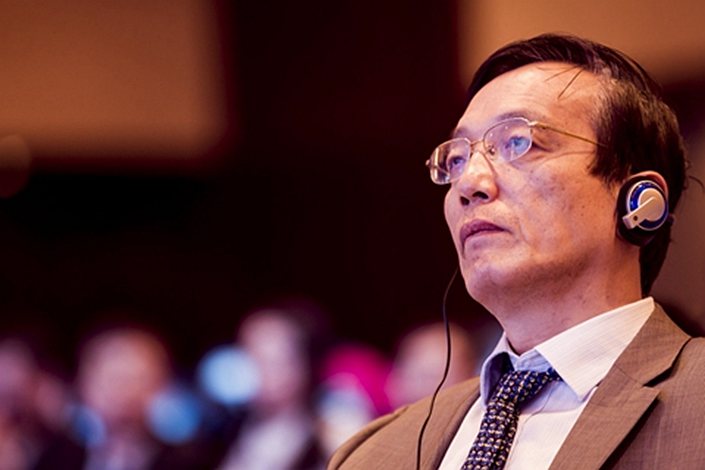 The coronavirus epidemics in the U.S. and European countries have recently entered an accelerating phase, and the government response has been forced to shift from the previously loose mode to a stricter mode of control, and their economies have partially or almost completely come to a virtual standstill. It’s almost certain that the U.S. and European countries will see GDP declines in the second quarter of this year. The question is how deep a recession the global economy is facing.

The impact of a global recession on China’s economy should not be underestimated. If the first wave of the pandemic’s impact on its economy was temporary stagnation in the first quarter, the second wave will likely lead to a sharp decline in foreign trade in the next two or three quarters, and there might be financial shocks.

China’s current economic slowdown caused by the epidemic is obviously different from those caused by internal problems in the economy in the past. Short-term economic policies should focus on “recovery,” “bailouts” and “risk aversion.”

“Recovery” aims to restore the industrial cycle and economic order interrupted by the epidemic. In the recent work resumption, there are problems on both supply and demand sides because circular chains have been broken.

“Bailouts” aim to help enterprises and individuals who are in a difficult situation or even unable to make ends meet. The key focuses are small and midsize enterprises as well as low-income people. This is also part of the effort to restore economic order.

The urgent task at hand is to restore the normal industrial cycle and economic order as soon as possible, with a focus on helping the services industry, which has been hit hard. The epidemic is no longer in an unknown state and can be considered “preventable and controllable.”

In the past, in the face of economic slowdowns, the government would spend money on infrastructure to boost demand, but this traditional stimulus approach was not targeted at the “recovery” and “bailout” strategies mentioned above. Carrying out infrastructure projects by issuing debt will only increase the debt risk of local governments, which is far from “risk aversion.”

New types of infrastructure have been widely discussed lately. However, not everything should be categorized as new infrastructure. For example, subways and ultra-high voltage projects are old infrastructure that have been around for years, and shouldn’t really be considered new.

While 5G and electric-car charging stations are promising, they should be adapted to the growth of demand. The electric-vehicle sector has seen a decline in subsidies and faces a development bottleneck.

Data centers, artificial intelligence, the industrial internet and the internet of things are all parts of the information industry, so they can be labeled as “infrastructure.” They are digital infrastructure in a sense.

In any case, it is important to make clear the differences in technology, investment methods and operating mechanisms between digital infrastructure, which is the main body of the new infrastructure, and old infrastructure such as railways, roads and airports.

Secondly, digital infrastructure is mainly invested in by enterprises rather than by the government. This private investment means there are hard budget constraints and returns are expected.

Thirdly, most kinds of new infrastructure are technologies now in development, which come with some degree of uncertainty and greater risk. The government had better not intervene directly. It is wise to leave it to enterprises and the market.

The new infrastructure based on digital infrastructure essentially consists of new industries driven by new technologies. It should follow the rules of the market and is not suitable to be used as a tool of short-term stimulus policy. It is necessary to prevent short-term hype, and new infrastructure doesn’t require much policy support or subsidies, which can lead to unfair competition. There should be less conceptual hype and inspection but more in-depth professional studies.

It’s normal to think about stimulus when the economy is in trouble. But there should be an adjustment in how problems are observed and solved.

China’s economic growth rate is much higher than those of developed economies, mainly due to its structural potential. This structural potential means “latecomer advantages” in economics. Generally speaking, a latecomer economy has advantages in terms of technological progress, the upgrading of industrial and consumption structures, and the process of urbanization.

For a long time, China’s rapid growth mostly depended on high investment, which was mainly driven by infrastructure, real estate and exports. As the economy shifted from high-speed growth to medium speed, its structural potential gradually diminished. After entering the period of medium-speed growth, there needs to be new structural potential.

The growth of advanced economies is more dependent on macro-stimulus policies because their structural potential has been quite limited, and their growth is mainly driven by renewed demand, such as house renovation and replacement cars. The economic growth rate of the U.S. is relatively high among developed economies. First, the U.S. has an innovative economy. Second, immigration in the past few years has brought more demand and low-cost supply.

China should wait until it has entered a period of slow growth before relying mainly on stimulus.

Therefore, for China’s economy at this stage, the focus should be shifted to structural potential, whether it is to offset the impact of the epidemic in the short term, or to maintain medium-speed growth in the future. We can still leverage structural potential and have yet to reach the point where we need to rely mainly on stimulus. Macroeconomic policies can be unleashed at any time. From the perspective of promoting growth, such policies are still short-term, relatively minor and should be compatible with structural potential.

It is widely acknowledged that China is still in an important period of strategic opportunity, so it’s somewhat puzzling to see people fall back on promoting stimulus policies every time there’s a problem. It’s necessary now to adjust the way we observe and solve problems.

Liu Shijin is a vice chairman of the China Development Research Foundation and a deputy director at the Committee for Economic Affairs of the Chinese People’s Political Consultative Conference.