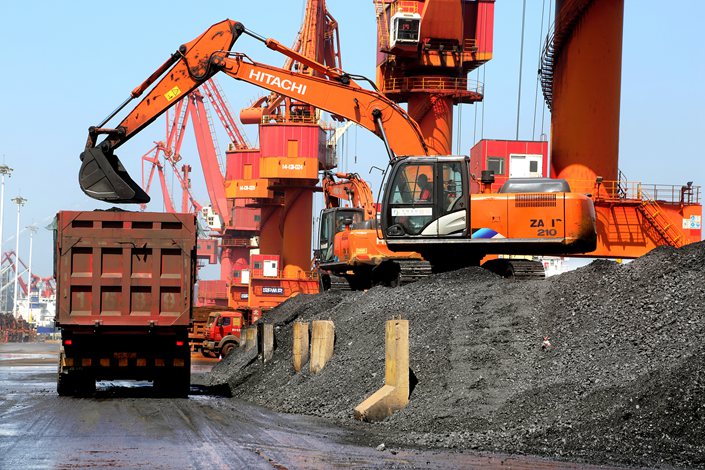 The global coal industry is becoming economically unviable and governments should take action to transition toward greener energy sources with better long-term profitability, a new report has said, as countries mull massive stimulus packages in the wake of the deadly coronavirus pandemic.

Nearly half of the world’s coal power generators will lose money in 2020, a proportion that will grow in coming years and make coal plants increasingly dependent on state subsidies to survive, according to the report, titled “Political Decisions, Economic Realities,” which was published Wednesday by the Carbon Tracker Initiative, a London-based financial think tank.

Meanwhile, the cost of renewable energy sources like wind and solar power are outcompeting coal worldwide, the report said.

The findings come as governments consider a raft of measures to revive economies hobbled by the Covid-19 pandemic, which has triggered widespread business closures, staff layoffs, and a collapse in global demand. As China emerges from its outbreak, environmentalists have voiced concerns that the country’s stimulus plan could include new investment in fossil fuels, including coal.

The report predicts that 46% of the world’s coal capacity will generate less money this year than it costs to run, and that 52% will be unprofitable by 2030.

In China, the world’s largest greenhouse gas emitter, the figures are even starker. Before taking subsidies into account, 59% of its coal fleet is already running a loss, the report said. The East Asian nation burns more coal than any other country, with total operating capacity of about 982 gigawatts (GW).

The report recommends that China “immediately reconsiders” a further 206 GW of capacity that is either planned or under construction, saying that 61% of that would enter the market with negative cash flow.

The researchers acknowledged the outbreak’s potential impact on the environment, saying “the economic downturn caused by the outbreak risks loosening the planning process and environmental regulations for coal power investments in China.”

But they primarily aim to show why the black rock is becoming increasingly unviable from a financial perspective.

The researchers used a simulation model that tracks most of the world’s operational, under-construction and planned coal assets, and weighs their current and future profitability.

Spending more money to build new coal assets and prop up the existing industry would be “throwing good money after bad,” said Matt Gray, Carbon Tracker’s co-head of power and utilities and a co-author of the report.

“Faced with the need to invest billions in their economies and create new jobs, governments should be planning for a green recovery by incentivizing the closure of coal and spending on a major expansion of low-cost, clean renewable power,” Gray said.

The true impact of Covid-19 on China’s economy remains unclear, and details about the expected stimulus package are thin on the ground.

The government recently allowed new coal plant construction in all but five provinces and approved more new coal capacity than in the whole of 2019.

Yuan Jiahai, a professor at North China Power University and one of the country’s foremost energy experts, said (link in Chinese) last month in an interview with China Energy News that “continuing to build coal power plants will inevitably further drag down plant utilization rates, turning the current situation, with half of plants making financial losses into a loss-making abyss for the entire industry.”