Opinion: Building Mutual Trust — It's Now Up to the Next Generation 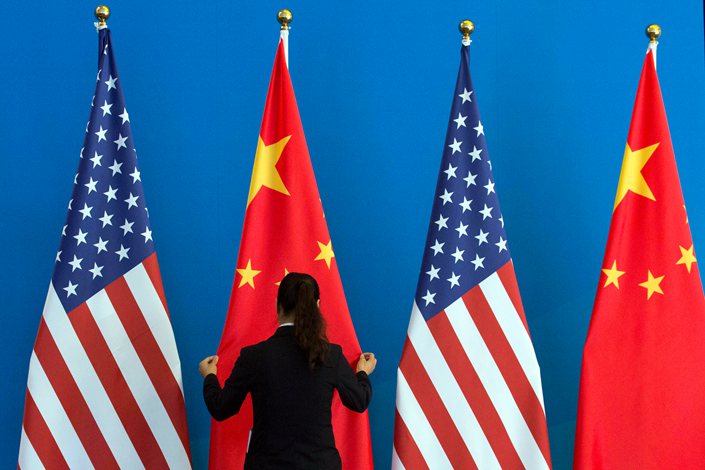 We need ideas from young leaders on both sides of the Pacific to overcome obstacles to mutual trust and respect.

As we contemplate a post-pandemic world, let us in the generations that forged the framework for current international engagement be honest: we have only partially contained threats to our common peace and prosperity. The future seems to offer less and less promise of productive, cooperative international relationships based on trust and mutual respect. Next generations must do better.

Even before the pandemic, we were trending toward a more fragmented, adversarial, and less cooperative world. As we seek to restart the global economy and recreate our lives after the pandemic, whenever that time comes, we should be wary of these trends.

We should not throw out the benefits of the rule of law and civil society, including empowered citizens and institutional checks and balances on overreach of political power by leaders both domestically and internationally. Nor should we abandon the orderly operation of markets to supply goods and services to our citizens.

But the human costs of global market integration are evident and efforts to date to address these shortfalls have primarily been too little, too late. We sparked backlash in domestic populations, not the least of which has been the election of a controversial American president, along with American and European anti-foreign and anti-immigration sentiment.

As we seek to recover after the pandemic, China has a unique perspective it can share with the rest of the world; it was first. We can learn about what is coming from China’s current experience, especially now that Wuhan is opening up. America, for its part, can offer advice and lessons learned about identification of key capacities and resources and flexible distribution of those resources across national and local borders.

As we think about recovering our global economy, I offer two specific recommendations. First, and perhaps most important, young leaders should find new ways to promote cultural, social, political, and economic trust and understanding across the Pacific. We need a more fruitful dialogue between representatives of the people of North America and Europe on the one hand and East, South, and Southwest Asia on the other.

The ongoing public health crisis is ready-made for anti-foreign blame shifting; witness US President Trump’s appeal to populist prejudice in America by blaming China for the virus. Witness Chinese figures floating the idea that Americans originated the virus in China as an act of military aggression. The youth perspective in both the US and in China is generally more pragmatic and less ideological than that of older generations, and therefore less vulnerable to this sort of crude manipulation.

We need ideas from young leaders on both sides of the Pacific to overcome obstacles to mutual trust and respect; officials and NGOs can help, but to succeed, this will have to be genuinely rooted in the societies of North America, Europe, and Asia.

One tangible initiative would be for China and the United States to volunteer a reserve for global deployment to address future demand for equipment and staff to overcome inevitable new public health emergencies. China and the United States could be the leading edge of a broader effort supported by Japan, South Korea, and countries from Southeast Asia who are members of the Association of Southeast Asian Nations as well as India and its neighbors.

China and the US could and should lead the way, as we have a special responsibility given our economies’ ranking as the largest and second largest in the world. This new entity could be established under the auspices of the World Health Organization to help contain bilateral competition and to assure recipients of assistance that the multilateral mechanism is sealed off from unilateral agendas such as tied aid or struggles for political or ideological influence. This could be a good example of shared US-China leadership in a critical area of world need, not unlike what has happened episodically (because of only episodic US support) on sustainable development and climate change.

The specifics are prosaic: the US and China could offer to pay for an initial stockpile of key equipment, including testing machines, ventilators and personal protective equipment, as well as a steadily maintained list of medical professionals willing to be available for global service to fight as-yet-undefined global public health crises. Such an institution could also contribute to confidence-building and the establishment of mutual trust by enabling candid conversations between medical professionals at the early stages of a public health emergency.

Young people who have come of age during the Great Recession of 2008 and the globalization-enabled coronavirus crisis are well aware of the costs associated with the benefits of the current world order and its foundation, a global economy that offers opportunities for growth and employment but which also imposes significant burdens on those least able to bear them. We have seen repeatedly now, as will be evident in the coming November American presidential election, that backlash against the economic and human costs of globalization is a hot topic demanding action. Let us get out in front of this challenge rather than playing catch up again; our future depends on it.

James Keith is the President of the Dewey Center Foundation, a non-profit which promotes youth training and leadership. He was formerly China director of U.S. President Bill Clinton’s National Security Council, U.S. ambassador to Malaysia, assistant mission chief in Afghanistan and consul general in Hong Kong.