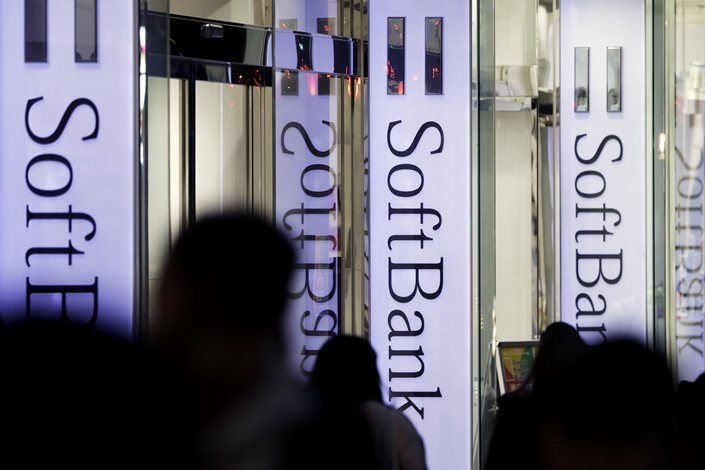 A spokesperson for SoftBank said it would vigorously defend against the lawsuit. Photo: Bloomberg

SoftBank reneged on promises to “use its reasonable best efforts to consummate” the stock-purchase agreement because of “buyer’s remorse,” the directors, which make up a special committee of WeWork’s board, said in the Delaware Chancery Court lawsuit.

“Instead of abiding by its contractual obligations, SoftBank, under increasing pressure from activist investors, has engaged in a purposeful campaign to avoid completion of the tender offer,” said Bruce Dunlevie and Lew Frankfort, who make up the committee. The pair regret “the fact SoftBank continues to put its own interests ahead of those of WeWork’s minority stockholders,” according to an emailed statement.

A spokesperson for SoftBank said it would vigorously defend against the lawsuit. “Nothing in the special committee’s filing today credibly refutes SoftBank’s decision to terminate the tender offer,” the spokesperson said Tuesday in a statement. Softbank said several conditions for completing the tender were not met and called the special committee’s filing a “desperate and misguided attempt” to revise history.

“The Special Committee will not prevail in this mistaken attempt to force SoftBank to purchase their shares when it is not legally obligated to do so,” the spokesperson said.

Paul Singer’s Elliott Management Corp., a major investor in Softbank, has advocated for the Japanese company to boost its own value by engaging in stock buybacks.

SoftBank agreed to buy shares from Neumann, Benchmark Capital and others as part of a bailout package last year, but notified stockholders in mid-March that some of the deal’s conditions hadn’t been met. After the deal’s closing deadline passed last week, SoftBank confirmed it was pulling the offer.

In a message to shareholders last month, Softbank cited nearly a half-dozen conditions that WeWork officials hadn’t met as the basis for pulling out of purchase, including its failure to renegotiate some leases in the wake of the economic havoc caused by the Covid-19 pandemic. Of the tender offer, $450 million is currently allocated to current and former employees, according to a person with knowledge of the matter.

The directors pointed to efforts by SoftBank executives to “thwart” a consolidation of WeWork’s Chinese joint venture as evidence that they had second thoughts about the deal. Softbank cited the failure to complete the “roll-up” of the China unit as one of the conditions that hadn’t been met, while WeWork executives accused their erstwhile partner of creating a pretext for pulling out of the agreement.

Softbank’s argument that WeWork failed to gain the necessary regulatory approvals for the deal also doesn’t fly because the only country left to sign off on the transaction was Mexico and WeWork has until August to gain that country’s okay, according to the suit.

“SoftBank’s apparent buyer’s remorse” was spurred by its own declining financial condition, the WeWork directors said in the suit. “SoftBank’s enormous and growing debt burden, which is now over $109 billion, led Moody’s to issue a rare two-notch downgrade in SoftBank’s debt rating in March 2020,” according to the suit.

The directors also noted the agreement doesn’t contain a so-called “material adverse effect” provision or similar termination right that is common in such deals. Two years ago, a Delaware judge found such a provision permitted Germany’s Fresenius SE to walk away from its takeover of U.S. rival generic drugmaker Akorn Inc.

The WeWork directors want a chancery judge to order Softbank to carry out the stock purchase and acknowledge it trampled on the rights of some investors in the workplace provider. “SoftBank’s actions harmed the company’s minority stockholders by depriving them of liquidity, which was the primary consideration they were to receive under” the agreement, the suit said.

The suit was filed in Delaware because it’s the corporate home to WeWork and more than half of U.S. public companies.