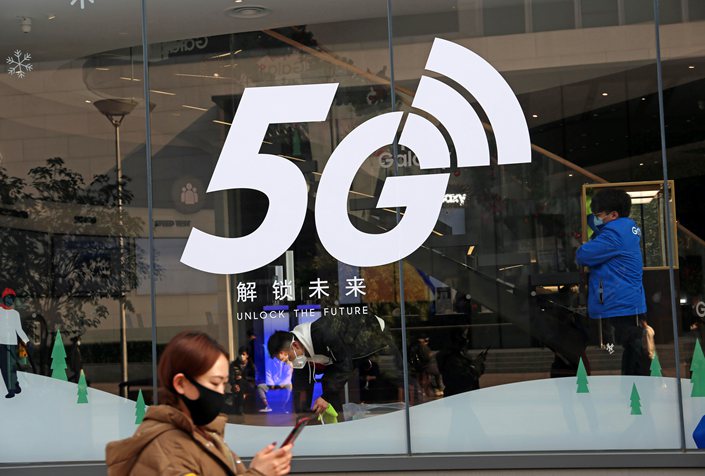 The 5G messaging service laid out by the trio in a white paper Wednesday is a kind of Rich Communications Service (RCS), a more advanced type of SMS that includes functions like high-definition video, group chats, branding, sharing of GIFs, chatbots and other content not available through standard text messages.

The carriers have announced no timeline for the rollout, but market watchers expect it to be operational by June. The white paper claims that in the future all 5G handsets will be able to equipped with the service.

The three carriers’ joint move to launch a single platform is a departure from previous competitive strategies. In 2014, China Mobile scrapped a similar messaging platform after failing to gain the support of the two other carriers.

Though RCS has been in the works since 2007 and has been rolled out in some other countries, the technology has not been widely adopted. The difference is that now, the initiative has gained support from at least 10 handset makers, including Huawei, Xiaomi, Vivo and Oppo. Yu Peng, a sales manager at Xiaomi, said at the white paper’s online launch that all of his company’s future 5G smartphones will include RCS.

The much faster 5G networks create the perfect conditions to launch an RCS, said Fu Liang, a telecoms analyst. The technology is likely to attract businesses and governments agencies, he said, because there will be no need to download an app to use the platform, meaning enterprises can reach a wider base of customers. RCS will become “very common” in the 5G era, Fu believes.

But analysts said it was too early to say if the technology would pose any kind of threat to the dominance of Tencent Holdings Ltd.’s WeChat.

“RCS and messaging apps have their focus on different things,” said Chen Zhigang, another telecom analyst. “Unlike WeChat, the 5G messaging platform has very little emphasis on social networking — it is more focused on augmenting and enriching the messaging service,” he said.