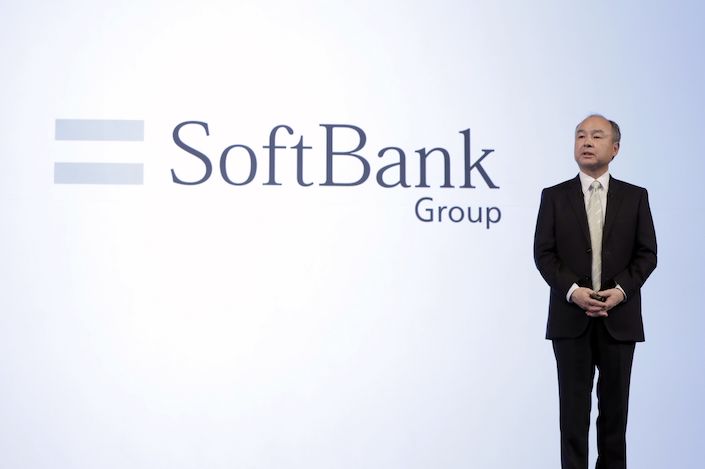 (Bloomberg) — SoftBank Group Corp. expects to report a record 1.35 trillion yen ($12.5 billion) operating loss for the fiscal year ended in March, a sign of how badly Masayoshi Son’s bets on technology startups have been battered in recent months.

The Japanese company expects to record a 1.8 trillion yen loss from its Vision Fund and an additional 800 billion yen in losses from SoftBank’s own investments. It has written down the value of investments in companies, including office-rental startup WeWork and satellite operator OneWeb, which filed for bankruptcy last month. SoftBank’s shares fell as much as 4.2% to 4,025 yen Tuesday in Tokyo.

Son’s conglomerate has taken one blow after another since the implosion of WeWork’s initial public offering last year and SoftBank’s subsequent bailout. It bet heavily on sharing-economy startups, which allow people to split the use of offices or cars, but those investments have been particularly hard hit as the coronavirus pandemic curbs unnecessary human interaction.

“This is looking more and more like the perfect storm for SoftBank,” said Justin Tang, head of Asian Research at United First Partners. “The question is whether there is more to come.”

The Vision Fund probably wrote down about 1 trillion yen in assets in the March quarter, based on its earlier earnings reports. SoftBank didn’t detail all the startups that took hits.

Investors have become increasingly spooked about the stability of Son’s empire and its $100 billion Vision Fund amid the virus outbreak. Shares tumbled at one point more than 50% from their peak this year, and SoftBank’s credit default swaps — the cost of insuring debt against default — spiked to their highest levels in about a decade.

Son has also drawn unusual pressure from some investors. The U.S. activist investor Elliott Management Corp. took a substantial stake in the company, advocating changes in governance and investing practices.

The billionaire responded with a strategy to part with some of his precious holdings, unloading about $41 billion in assets to buy back shares and pay off debts. SoftBank plans to sell about $14 billion of shares in Chinese e-commerce leader Alibaba Group Holding Ltd. as part of the effort, Bloomberg News has reported.

“This will only make asset sales even more urgent for SoftBank,” said Koji Hirai, the head of M&A at advisory firm Kachitas Corp. in Tokyo.

It’s a dramatic turnaround for the 62-year-old Son. Just two months ago, he declared on stage in Tokyo that SoftBank’s fortunes were turning around after the WeWork meltdown.

“After a difficult winter always comes spring,” Son said at the time.

He highlighted a big surge in the shares of Uber Technologies Inc., one of SoftBank’s bigger holdings, explaining that his company would most likely be able to book a profit on the stake. He also declared WeWork poised for a comeback.

But the coronavirus outbreak wreaked havoc on those plans. With fear of contagion, people stopped sharing offices from Beijing to New York. Ride-hailing companies — SoftBank has stakes in four of the biggest worldwide — saw business evaporate. Dara Khosrowshahi, chief executive officer of Uber, publicly declared “I wouldn’t put my kids in an Uber.”

Another sign of the troubles is Oyo, a hotel-booking service where SoftBank invested $1.5 billion. Its business model has been slammed as global travel screeched to a halt. This month, Ritesh Agarwal, founder and chief executive officer, said the company would furlough employees in countries outside India as it struggles to survive the virus.

Complicating the situation is that Agarwal, 26, borrowed about $2 billion to buy more shares in his own company. Son personally guaranteed the loans, Bloomberg News has reported.

SoftBank’s controversial accounting practices have aggravated the volatility of its earnings. The Vision Fund booked profits on startups as their valuations rose, even if the gains were only on paper and no shares were sold. WeWork and Oyo both contributed to profits early on in the fund’s lifetime.

Now the Vision Fund, which Son has declared is the future of his company, is piling up losses as valuations are written down again. The fund has lost a cumulative 240 billion yen since SoftBank began breaking out its results, including the most recent quarter forecast, according to Bloomberg calculations.

SoftBank’s operating loss for the current fiscal year is the most ever for the company, which Son took public in 1994. Its projected net loss of 750 billion yen would also be a record and compares with a 1.41 trillion yen profit the year earlier.

Sales for the fiscal year are expected to fall about 36% to 6.15 trillion yen after SoftBank removed U.S. unit Sprint Corp. from its balance sheet to account for its merger with T-Mobile US Inc.

“The coronavirus was the final blow, but bad investments and misjudgments were the start,” Hirai of Kachitas said.