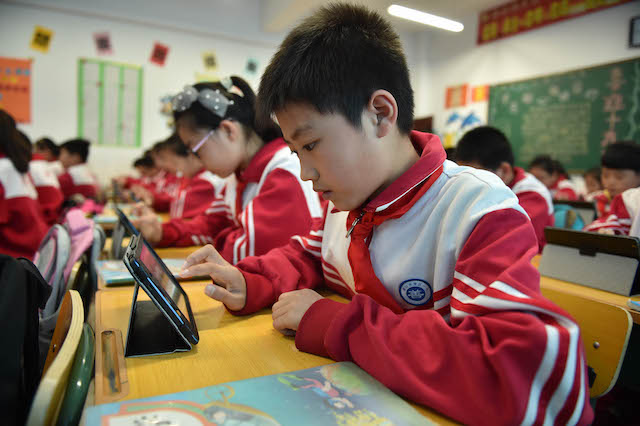 Another New York-listed Chinese company was targeted by an American short seller that alleged the company inflated revenue by 70% and suggested U.S. regulators suspend the stock immediately.

GSX Techedu Inc., an online K-12 after-school tutoring service in China, overstated revenue by as much as 70%, according to short seller Citron Research, which said it tracked more than 20% of GSX’s online classes. It is “the most blatant Chinese stock fraud since 2011,” Citron said Tuesday in a report.

Short sellers look for overvalued stocks and sell “short” using borrowed shares. They are betting that the price will fall so they can buy shares at a lower cost to replace the borrowed stock, pocketing the difference.

GSX denied the allegations as “false and ungrounded,” saying Citron’s calculation was based on only one part of the company’s business and ignored its core activities. But the shares plunged nearly 5% Wednesday.

TAL’s and Luckin’s fraud scandals were exposed by short sell Muddy Waters. Both companies at first denied the allegations as unsupported speculation.

Another short seller, Wolfpack Research, asserted that China’s video-streaming platform iQiyi Inc. committed fraud well before its initial public offering in 2018 and has continued to do so ever since.

This is also the second time GSX has come under fraud attack by a short seller. In February, Grizzly Report accused GSX of inflating sales by faking student enrollments. GSX at the time also denied the accusation as subjective assumption.

Citron said it reached its conclusions after tracking more than 20% of GSX classes. The short seller said its researchers bought the most popular classes taught by “star teachers” on GSX’s app and estimated the number of students in the classes. Then researchers extrapolated total revenue for GSX’s K-12 tutoring business at 316 million yuan ($44.7 million) for the first quarter of 2020, significantly lower than the company’s reported 935 million yuan of revenue in the fourth quarter of 2019.

Citron said it suspected GSX inflated the numbers by using duplicated classes with the elementary-school programs, touted by GSX as the fastest-growing segment.

The company responded that Citron’s numbers didn’t include Gaotu classes, which contribute more than a majority of the company’s revenue from K-12 courses. Gaotu class is a K-12 live-streaming class product whose Chinese name literally means “high road” or “promising future.”

GSX’s financial results have been repeatedly questioned partly because the overall online education industry has slowed in recent years even as GSX reported strong growth.

Citron said such growth would put it far ahead of rivals such as TAL Education and New Oriental Education at the same stage in their histories.

Chen Xiangdong, GSX founder and chief executive officer, attributed the higher revenue to a decline in research and development expenses. R&D costs originally accounted for 60% of revenue but now amounts to about 10%, Chen said. GSX also has fewer employees and teachers than its rivals, he said.