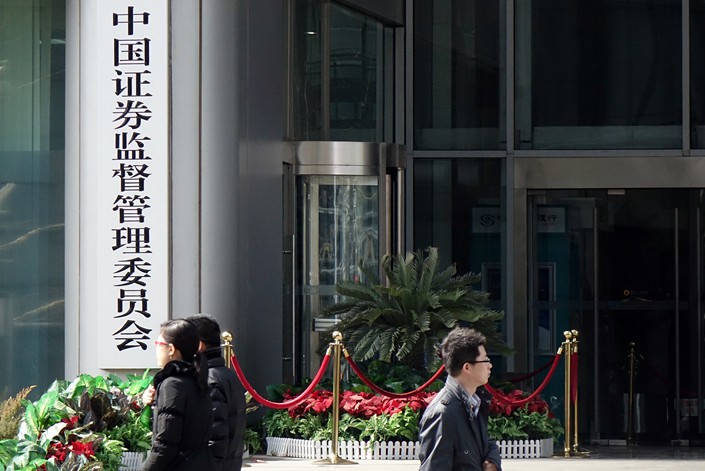 Adding people to the committee addresses a practical need, as the committee is relatively small compared to its workload, a source close to the CSRC told Caixin.

China’s securities regulator plans to nearly double the number of people on its IPO approval committee, in order to maintain business as usual amid a boom in applications for listings and refinancing.

The China Securities Regulatory Commission (CSRC) announced (link in Chinese) in a Wednesday statement that there will be 20 new appointees to the 21-member committee (link in Chinese), who will join shortly.

Adding people to the committee addresses a practical need, as the committee is relatively small compared to its workload, a source close to the CSRC told Caixin. “There are many IPO projects this year, and the number of refinancing projects has increased sharply since new refinancing regulations were released,” the source said. The previous term’s committee had a headcount of 63, including 21 part-time members.

In February, the CSRC revised refinancing rules (link in Chinese) for listed firms, loosening restrictions and sparking a boom in refinancing demand.

Under the registration-based framework, the CSRC will no longer be responsible for approving companies’ IPO applications, only deciding whether to register their stocks, and stock exchanges will be responsible for reviewing these applications. The revision also loosened profitability criteria for IPO candidates, making it easier for younger tech companies to list, as trialed on Shanghai’s STAR Market, a Nasdaq-style high tech board set up last year.

According to the CSRC statement, 16 of the new appointees come from the securities regulatory system, including from local CSRC branches and the Shanghai and Shenzhen stock exchanges. The remaining four are from four accounting firms. Another source close to the CSRC has told Caixin that appointing members from the regulatory system can help prevent corruption in the approval process.