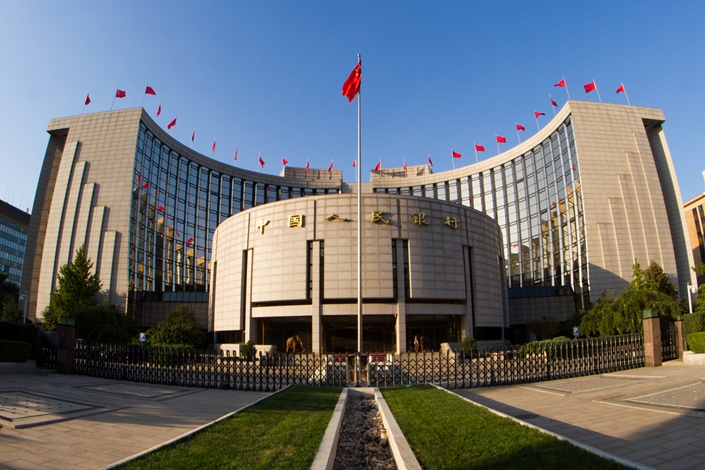 China’s central bank confirmed that some state-owned banks are conducting internal tests of a digital currency in four cities and hypothetical use for the 2022 Winter Olympics in Beijing.

Screenshots of a purported pilot version of a wallet app for China’s forthcoming digital currency have been circulating on social media. The mobile app, tested internally by state-owned Agricultural Bank of China, displays the new digital currency features, including allowing people to make payments using a QR Code and sending and receiving funds simply by touching another phone.

The People’s Bank of China (PBOC) confirmed that the tests are underway but said that doesn’t mean the digital currency is being officially launched. The central bank didn’t provide a timetable for the official rollout of the currency.

Internal tests of the digital yuan will not affect the commercial operation of banks, nor will it affect the renminbi issuance and circulation system, financial market and social economy outside the test environment, the central bank said.

The PBOC has been studying the development of a state digital currency since 2014. After China’s State Council included blockchain technology in its 13th Five Year Plan in 2016, the central bank established a research institute for the development of Digital Currency/Electronic Payment (DC/EP).

The research work is progressing steadily and the digital currency has completed its top-level design, standard formulation, functional research and alignment and testing, the PBOC said. Now the central bank is conducting closed-system trials in Suzhou, Xiong’an, Chengdu and Shenzhen, as well as testing hypothetical scenarios for the 2022 Winter Olympics, to optimize and improve the currency’s functionality.

The four state-owned banks ―Industrial and Commercial Bank of China (ICBC), China Construction Bank, Agricultural Bank of China, and Bank of China ― the three telecom companies ― China Telecom, China Mobile, and China Unicom ― and Tencent Holdings are all involved in the development of the digital currency. Bank of China is also planning to conduct internal tests of the currency soon, Caixin learned.

In June 2018, the PBOC’s Digital Currency Research Institute formed a wholly owned subsidiary, Shenzhen Fintech Co. Ltd., with the business scope of “fintech-related technological development and fintech-related systems development and operations maintenance.” In March, the Shenzhen company formed a fintech joint venture in Suzhou, with Di Gang, deputy head of the PBOC’s research institute, as its legal representative. Both companies are aggressively recruiting tech talent, a sign that the DC/EP program is accelerating.