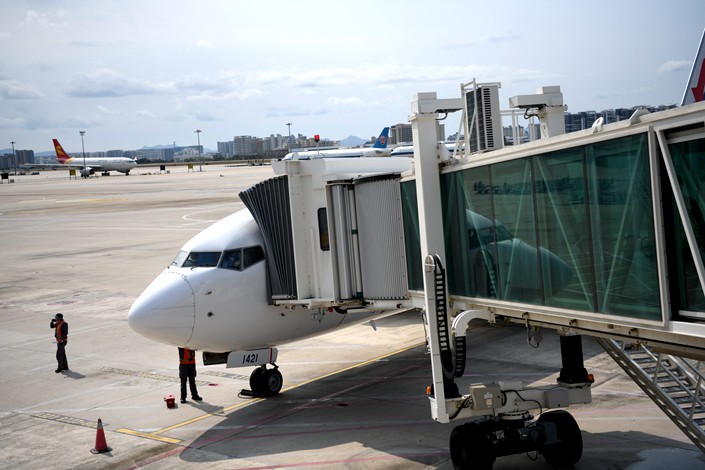 Profits of central state-owned enterprises plunged by more than half in the first quarter as demand evaporated and supply chains were disrupted by the Covid-19 pandemic, China’s State Council announced in a press conference Monday.

State-owned enterprises (SOEs) administered by China’s national government generated 58.8% less profit than they did in the first quarter of last year, making 130.4 billion yuan ($18.43 billion) in total with 26 of them suffering net losses, said Peng Huagang, spokesperson for the State-owned Assets Supervision and Administration Commission (SASAC). Companies under SASAC in the oil drilling, refining, and airline sectors ran at an overall loss.

The debt-to-asset ratio of central SOEs remained relatively stable at 65.6% as of the end of March, dropping 0.1% year-on-year.

China’s automobile industry was hit particularly hard, with sales slumping 30% year-on-year due to the health crisis that led the government to lock down the city of Wuhan, a major auto manufacturing hub which is home to several state-owned carmakers. Multiple factors were at play, Peng said, noting that the outbreak disrupted complex supply chains and curbed demand, and central SOEs in the automobile sector saw profits shrink by 10 billion yuan.

The oil industry dragged down central SOEs’ profit growth by 30 percentage points, Peng said, as plunging oil prices sent shockwaves through the sector, leaving drilling and refinery businesses running at a loss. According to Peng, sales of refined petroleum products in China fell more than 20% in the first quarter of the year.

However, there are signs of recovery, Peng stressed. Construction companies reported a 3.7% rise in newly signed contracts, with the number of overseas construction contracts increasing over 18% year-on-year.