Editorial: Reform is the Answer to Calls for Foreign Firms to Leave China 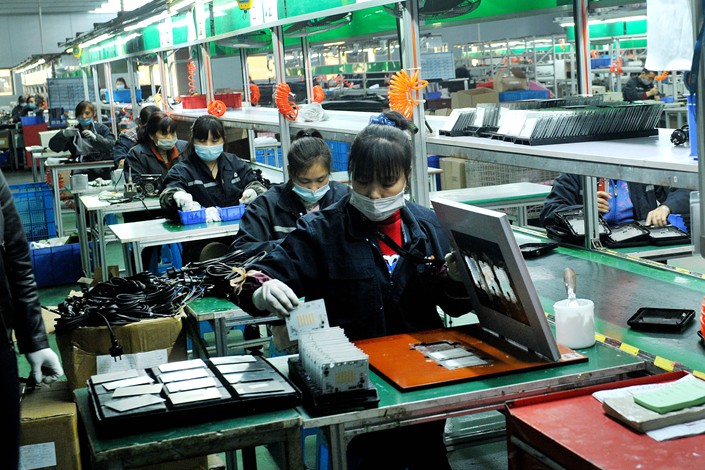 As the coronavirus pandemic continues to ravage countries around the world, it is laying waste to global supply chains.

In recent days, Larry Kudlow, the director of the United States National Economic Council, has called on the American government to fully cover the moving costs of U.S. businesses that want to get out of China. Meanwhile, the Japanese government’s post-epidemic recovery plan includes financial assistance for firms that want to extricate themselves from their East Asian neighbor.

Both of these moves have sparked uproar in China.

Kudlow made the remarks while answering a question about perceived American overreliance on China. Although he is a White House economic advisor, it remains to be seen whether his suggestion will become official government policy. He followed up by saying that his statement wasn’t about playing favorites and he wasn’t out to “pick on” China. But his remarks immediately drew a backlash from the American business community.

However, we must not jump to conclusions. The fact that the U.S. and Japan are considering getting these moves is likely the result of rational reflection on the effect of the Covid-19 pandemic on their own industrial structures, leavened with a healthy dose of political showmanship. Consequently, while we must take seriously the “de-Sinicization” arguments that have made headlines during the pandemic, we mustn’t overreact to them.

Compared with the heated debate in the Chinese public sphere, the country’s government has reacted to the above developments with more restraint. After all, China is one of the first countries to bring its domestic Covid-19 outbreak under control and is accelerating efforts to get the country back to work. Why would multinationals with China offices leave now?

On a basic level, global industrial, supply, and value chains — what you might call the “skeleton” of globalization — don’t just exist by design; they’re the result of years and years of evolution. Multinationals can’t avoid the effects of international relations and public health incidents on their industrial arrangements, but in the end, they must follow business logic. Companies decide policies, compete and cooperate under the guidance of the market’s “invisible hand.” Governments in mature market economies have no right to compel multinationals to repatriate.

China’s most pressing issues are therefore to accelerate reform and opening in accordance with the overall plan, continue to optimize the business environment, and work hard to raise its own position within global industrial and value chains. For now, that also means demonstrating our commitment to international pandemic cooperation as a “responsible superpower.”

How the pandemic will ultimately play out remains unclear, especially in the economic sphere. Covid-19 will certainly force governments to reflect on their industrial structures. However, the sudden and uncommon nature of the pandemic means it will not reverse the overall trend toward ever more closely connected global industrial, supply, and value chains.

Some think the movement of product chains out of China will actually slow down during the pandemic, not speed up. There’s a certain amount of logic in that. If countries come together, the fight against Covid-19 might actually become a catalyst for bringing international industrial chains even closer together.

The “de-Sinicization” debate has been floating around for a long time now, having received a lot of airtime during the trade tensions between China and the U.S. This won’t be the last time the pandemic prompts remarks like Kudlow’s. While we shouldn’t look lightly upon the effects of Covid-19 on global industrial and supply chains, we must consider the issue from a medium- to long-term perspective.

Many things affect industrial structures, but we can’t get away from the stage of development that countries currently find themselves in. East Asian economies once formed the “flying geese” paradigm; later, China became “the factory of the world”; and in recent years, many industries have shifted from China to Southeast Asia.

Beyond a certain point, countries that try to make their own multinationals come home will suffer from high labor costs, low supporting capabilities and fluctuating market demand. The economic structures of developed nations are already predominantly service-oriented. That’s why the effects of “re-industrialization” strategies laid out by some of those countries in the last few years have been limited.

China also has certain advantages that other countries can’t easily emulate, such as a well-established manufacturing system, relatively high-quality labor, well-developed basic infrastructure, and a huge domestic market. In addition, the country’s research and development sector is continuously improving and steadily raising its profile in global value chains. Other countries can hinder the progress of this trend, but they can’t reverse it.

Multinationals will decide for themselves whether to leave China. Whether the Chinese government plans to try and make them stay depends on the country’s own development needs. As China continues to upgrade its domestic industrial structure, labor and other costs rise, and environmental standards improve, some multinationals might not only choose to leave, but their doing so may actually be good for China’s sustainable development. During this process, the Chinese government should make sure to stabilize employment, strengthen skills training, increase labor capital, and lay a strong foundation for social safety net.

At the same time, we must listen closely to reasonable concerns from the multinationals willing to stay in China, and treat them in the same way that we treat domestic enterprises. A few years ago, companies attending the EU-China and U.S.-China business summits complained about the trading environment. In recent years, China has deepened reforms and made efforts to improve the domestic business environment. We have seen positive results, but there is still huge scope for improvement.

When it comes to foreign business’ key concerns — intellectual property protection and forced technology transfer — the phase one trade deal between China and the U.S. shows a detailed path forward. We must implement it as soon as possible. More importantly, China must move quicker to realize the modernization of social management capabilities and governance systems, in order to allow talented people from all walks of life fully exercise their creativity and intelligence. Only when that happens will we level up from a “made in China” to an “innovated in China” economy, thereby further raising our profile in global industrial and value chains.

Many of our compatriots will feel unhappy about the de-Sinicization debate, but we mustn’t let ourselves fly off the handle. If the Chinese public becomes too agitated about it, de-Sinicization might become a self-fulfilling prophesy. Recently, Chinese leaders on the international stage have repeatedly said we must come together to stabilize global industrial and supply chains and send a positive signal to the rest of the world. Now, we must continue to actively cooperate in the international fight against the pandemic, expand our global friendship network, and avoid pointless arguments.

For more than 40 years, the outside world has harbored doubts about China’s development. Time and again, we have seen the emergence of all kinds of theories about the country’s “coming collapse.” China has responded by deepening reform and opening and transforming into the world’s second-largest economy.

Now, new doubts are bubbling to the surface. Like their predecessors, the questions aren’t groundless: For instance, as key elements of China’s productivity shrink and the population rapidly ages, the “hard bones” of reform become increasingly difficult to chew on. How should China respond?

The answer is obvious. Deepen reform and opening, and raise high the banner of globalization. In other words, whether the de-Sinicization debate flourishes or withers hinges on China itself.