In Depth: Cheap Oil Hasn’t Been Good for the World’s Largest Crude Importer 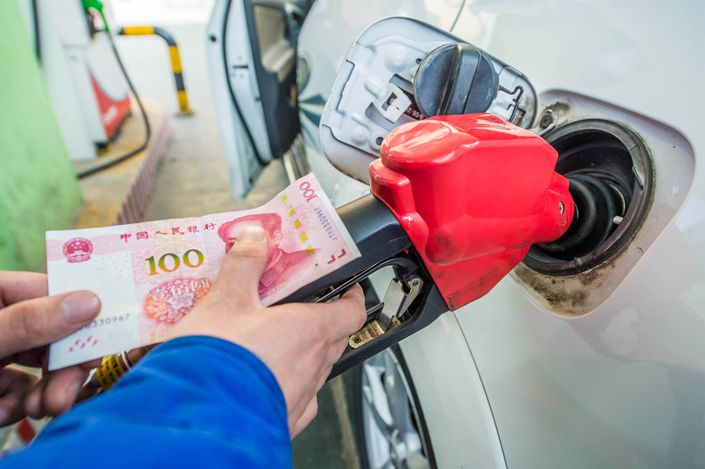 You might think that an unprecedented collapse in crude oil prices would be great news for the state-run oil companies of the world’s largest importer of the fossil fuel.

But you would be wrong.

China’s three state-owned oil majors remain stuck on course to boost oil production despite the titanic shift in the oil market that has accompanied the recent plunge in crude prices, during which the U.S. benchmark price briefly turned negative.

The situation has left the three companies, China Petrochemical Corp. (Sinopec), China National Offshore Oil Corp. (CNOOC) and China National Petroleum Corp. (CNPC), in a bind as they struggle to reduce costs while still fulfilling the obligations that come with being a state-owned oil giant, particularly their duty to ensure domestic energy security.

“All of the three oil giants are having a hard time. No one is relieved,” said She Jianyue, CEO of trading services provider First Futures Co. Ltd.

Sticking to the plan

Global oil prices have been sliding since the middle of February due to the one-two punch of the coronavirus and a now-settled price war between Russia and Saudi Arabia. Through Friday, the price Brent crude oil, the international benchmark, had fallen by almost two-thirds this year to a little over $20 a barrel.

As many of the world’s major oil producers have rushed to cut output to reduce the oversupply that has undermined prices, China’s three oil giants remain set to pour money into oil and gas exploration in accordance with their “seven-year action plan,” which they put forward in 2018 in response to a government pledge to improve the country’s energy security. In 2019, CNPC promised to earmark 5 billion yuan ($705.9 million) a year through 2025 for oil and gas exploration, and Sinopec and CNOOC each pledged to increase production of the fossil fuel.

If the goal was greater self-sufficiency, the results have been underwhelming. Although China’s crude oil production rose 0.8% to 191 million tons in 2019 — the first increase in three years — its dependency on imported oil and natural gas also grew, according to a report by the CNPC Economics & Technology Research Institute. China imported more than 70% of its crude oil and 40% of its natural gas last year.

China has been importing even more oil this year to take advantage of the depressed international prices. The country bought 127 million tons of crude oil in the first quarter, up 5% from the same period in 2019. And more oil bought at bargain prices is due to arrive next month.

The problem is that China might soon be running out of places to keep it. According to data from energy information provider OilChem China, the country had used as much as 65% of its crude oil storage capacity as of April 15, approaching the 70% threshold some view as full capacity. Although China’s big energy companies are building more storage, growth in capacity hasn’t been able to keep up with the rapid rise in demand.

So much oil, too little demand

With unprecedented amounts of cheap oil in its hoard, China might have been positioned to cash in on the cheap raw material, but demand for refined petroleum products such as gasoline and jet fuel had already evaporated as the country shutdown most businesses to keep the coronavirus from spreading.

Commercial airlines, which is a major consumer of petroleum products, have been especially hard hit. In January and February, domestic sales of refined petroleum products slumped by 14.1% year-on-year to 41.94 million tons, according to the National Development and Reform Commission.

To make matters worse, many domestic refineries are still working through crude inventories accumulated during a time when oil prices were far higher, but can only sell their products at current — and far lower — prices. The refining operations of China’s major three oil companies lost 3.5 yuan on every ton of oil they processed in the first quarter, according to energy information provider OilChem China.

Losing money on every barrel

For the three oil giants, the average cost of drilling one barrel of oil ranges from $40 to $60, according to an industry insider. So with international prices ranging from $20 to $30 a barrel, the more oil they drill, the more money they lose.

And production costs are only going up. An oil and gas analyst said the cost of getting a barrel of oil out of the ground will rise by an average of $8 to $10 at mature fields that require extra drilling measures.

Sinopec has the highest cost of $60 per barrel due to its smaller oilfields in the country. With larger fields, CNPC spends around $50 to produce a barrel of oil, while it costs the smaller CNOOC about $40 a barrel, industry insider said.

Faced with production costs that are much higher than market prices, CNPC, Sinopec and CNOOC might take a page from the world’s other major oil companies and cut other costs, such as through layoffs. But because they are owned by the state — which sees mass layoffs as a threat to stability — that option is off limits.

Consequently, the three have turned to cutting back on capital expenditure. PetroChina, CNPC’s listed arm, plans to slash capital spending by 20% to 30% this year if oil prices remains below $35 for a long time, the company’s investor relations manager said at a meeting on March 31. Sinopec has already decided to clip its capital spending budget by 2.5%, according to its listed unit’s latest annual report. CNOOC plans to cut its capital investment this year by 10% to 15%, its managers said at a company meeting in March.

Despite the domestic industry’s difficulties, policymakers have still been pushing for higher output. On March 20, the National Energy Administration urged the state oil companies to step up oil and gas exploration.

Despite the benefits of cutting back on output, it doesn’t look like the domestic oil giants will do so, according to Dai Jiaquan, chief researcher at a research center under CNPC. “If you consider domestic output a national security issue, then state-owned enterprises will not reduce production — no matter how low prices get,” Dai said.