Eight Places to Visit as China Emerges From Coronavirus 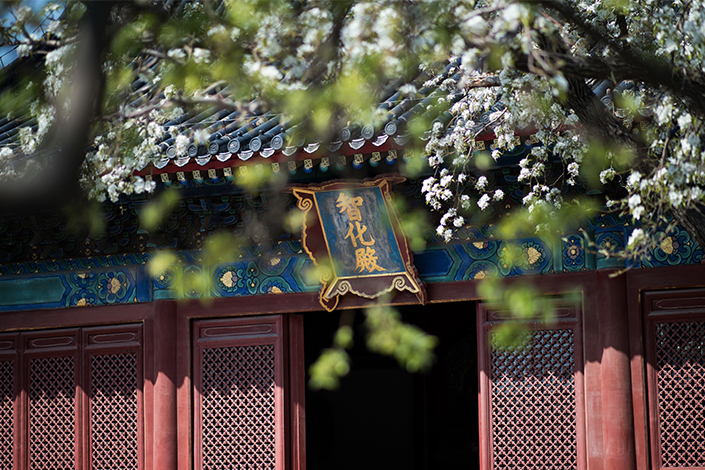 As I write this, fewer than 100 days have passed since Wuhan was locked down. Yet, we are living in a different world. While many of my friends in China are saying they feel like they are emerging from a coma as cafes and restaurants begin to buzz once more, those of us in the U.S. are sadly still not yet ready to emerge. But we know that when we wake up, we will dine out again, hug again and travel again.

With that conviction in mind, I dug up my personal China travel bucket list to share with people lucky enough to be able to travel in the country right now. They are all close enough to Beijing, Shanghai, Xi’an and Guangzhou for either a day trip or a weekend.

Enjoy the country I love. I hope we will join you soon.

This is a hidden Beijing gem, overshadowed by the capital’s numerous other imperial buildings and temples. Zhihua Temple in fact houses Beijing’s largest Ming dynasty wooden structure, dating back around 570 years. A Ming court eunuch built this as his private temple, with stunning Buddhist sculptures, frescos and scriptures all densely packed into four small courtyards. One of the most important architects in modern China, Liu Dunzhen, chose to focus on this site in 1931, and wrote a detailed report on the 9,000 miniature Buddhas in the temple. Its beauty and importance are terribly understated, making it the perfect destination for a quiet weekend stroll.

Sitting just across the border from Beijing in Tianjin’s Jizhou district is Dule Temple. The temple was obscure for a long time, until it was “discovered” at a turbulent time in Chinese history. Japanese architect Sekino Tadashi spotted the unknown ancient building in 1931. After a quick examination, he dated it to around the 10th century, but didn’t give it much more thought as Japan had many even older wooden structures to study. However, in 1932, Liang Sicheng, the founding father of modern Chinese architecture, studied the temple and found it contained many features described in an ancient treatise on architecture, “Yingzao Fashi.” The temple and Liang became world famous from that moment on.

Now, this is pushing the Beijing boundary even further, but high-speed rail makes it possible for Beijing residents to visit Datong’s Yungang Grottos in a day now, as long as they set out early. The Shanxi province Buddhist sculptural sites are among the most important of their kind in China, together with the Dunhuang and Longmen Grottos. Most of the sculptures were carved in the 5th and 6th century. There are 51 major caves and 1,100 smaller ones. You won’t be able to see them all, but do take the time to gaze into the eyes of the Buddha. They seem to follow you regardless of where you stand. If the grottoes are too crowded, head to Yingxian Fogong Pagoda, another excellent architectural wonder from the Liao dynasty, about 1,000 years ago.

This has nothing to do with Shanghai strictly speaking; it’s a 4-hour train ride to the south. But if I’ve been stuck in Shanghai and am allowed to travel in neighboring Zhejiang province, this would be the first destination I’d choose. Nanxijiang is the best-kept example of an ancient village in nature, according to professor Luo Deyin of the Architecture School at Tsinghua University. He said, “The village discarded the doctrines of Confucius teaching, of hierarchy and order. Instead, it embraced Taoism, following nature, embracing the mountains and rivers in its architectural design.”

I’ve written about this place before. Leaving an apartment after a few months of lockdown, this would be the place I’d choose to hike. It’s a 3-hour train ride to the west of Shanghai. Yellow rammed-earth houses cluster on steep hill sides, surrounded by tea plantations and bamboo groves. The best photo opportunities are its golden sunsets or fog-laden sunrises. My favorites are the modern architecture creations by Xu Tiantian, and the endless hiking trails connecting all the old villages.

The Hanyang tombs are the polar opposite of the Terra Cotta Warriors. Remember, Emperor Qin Shi Guang was a ruthless ruler and he knew the people hated him. So he built grand armies and chariots to protect him after death. But the emperors of the successor Han dynasty started building their tombs about 50 years after the tyrant had passed away. By then, they had learned to govern with a lighter hand and levy fewer crushing taxes. The society was peaceful and prosperous. The objects in the tombs reflect this philosophical change. The court servant figures are barely a foot tall, and the site is filled with statues of pigs, dogs and grain barns rather than legions of looming warriors.

Lantian Archeological Site and Museum has the misfortune of being an hour away from the Terra Cotta Warriors, rendering it virtually invisible on the tourist map, yet it is one of the most important paleontological discoveries not just in China but in the world. Lantian Man, discovered in 1963 at a site 50 kilometers southeast of Xi’an, is a subspecies of Homo erectus from 1.63 million years ago. In the Covid-19 era, visiting such a site would surely make one ponder the fleeting nature of a human life. Archaic human remains aside, it’s fun to visit the Jade Valley Winery 10 miles away. A Lantian local, Ma Qingyun, worked his way to become the dean of the School of Architecture at University of Southern California, and then returned to build a series of interesting structures and a winery. The winery visitor center is a good place to grab a simple lunch under grapevines.

The Chen Clan Ancestral Hall was built in 1894 for the juniors of the Chen clan to live in while preparing for the imperial civil service examination. “It has ZERO aesthetic taste!” professor Luo Deyin of Tsinghua wrote of the hall. “The carvings are extremely intricate. It showcases the bling-bling tacky taste at the turn of the century.” A few Chen clan merchants made their money trading in Hong Kong. Sadly, merchants ranked very low in traditional Chinese pecking order. So strong was their desire to be recognized that they bent backwards to ensure their hall was the largest, not just in China, not just in Asia, just in the world. The intellectuals back then looked down upon it, as do the intellectuals today. But what a piece of history!