Why Are China’s ‘Old Towns’ So Boring? 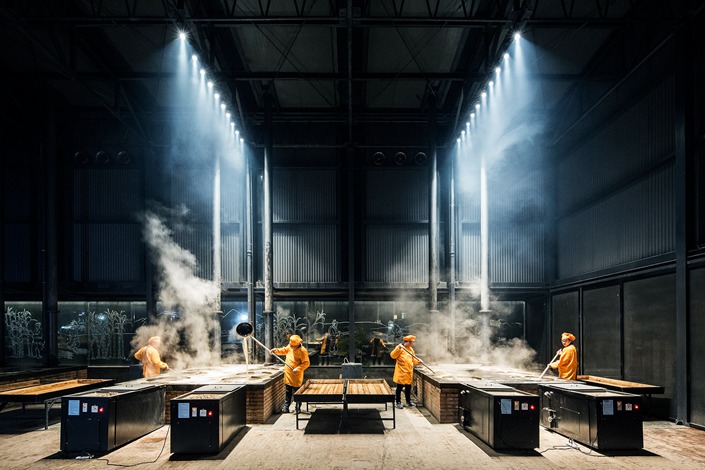 “Stop barking,” an old man yelled at his dog, who was voicing his objection to my photo-taking. The old man then waited for me to finish, and I waited for him to walk into the frame. It was just him and me, on an early winter morning in the old town of Shaxi in Southwest China’s Yunnan province.

After my jog, I returned to the hotel, passing by a lady who was carefully slicing sheets of bean curd in front of her house. The engine of a nearby tractor was roaring, but she was seemingly oblivious to the noise, and stayed focused on slicing her bean curd with a homemade cutter. She dries them under the sun until they are crispy, and stores them or sells them at the local market. “They are delicious if you deep fry them. They puff up like a shrimp cracker. Goes great with drinking ‘baijiu’ (a strong Chinese liquor),” she explained to me, following up with a sales pitch: “Why don’t you take a kilo back to Beijing?”

This is my experience of visiting a pleasant old town in China. I travel to seek out such encounters. Staying in a local boutique lodge, and you can look out the window to see the ladies drying chamomile, bean curd sheets or porcini on the roof tops. Close to people and close to life.

Apparently though, my experience is atypical. “It appears that every city or town that we visited had an ‘old town’ in it. We felt that we saw them all and they had a somewhat repetitive feel,” said one traveler to China.

I couldn’t agree more. Old towns in China often feel formulaic and are, in my opinion, a waste of time.

But why? We have a thousand different ways to cook noodles, but why is there only one recipe for an “old town”?

The time-tested formula should be credited to two towns: Lijiang in Yunnan and Pingyao in North China’s Shanxi province. Both became UNESCO World Culture Heritage sites on Dec. 7, 1997.

I wrote about Lijiang in my earlier column. According to the UNESCO website: “The vivid urban space, the vigorous water system, the harmonious building complexes, the comfortable residences of appropriate size, the pleasant environment, and the folk art of unique style combine to form an outstanding example of human habitat.”

If Lijiang is the ultimate exemplary old town of ethnic minority culture, then “the Ancient City of Ping Yao is an outstanding example of Han cities in the Ming and Qing dynasties (from the 14th to 20th century). It retains all the Han city features, provides a complete picture of the cultural, social, economic and religious development in Chinese history, and it is of great value for studying the social form, economic structure, military defense, religious belief, traditional thinking, traditional ethics and dwelling form,” UNESCO said.

Both old towns have achieved astronomical growth in tourist revenue and number of visitors. From 1997 to 2013, Pingyao’s revenue from tourism grew from $2 million to $850 million! Lijiang, which started off with a local population of 250,000, attracted 40 million visitors in 2018 alone.

The successes of these old towns are dazzling, and they kicked off the entire old-town building industry, with razor sharp focus for growth in numbers. Closely following Lijiang and Pingyao, was Fenghuang in Central China’s Hunan province, Yixian near the Yellow Mountains in East China’s Anhui province, Dali in Yunnan, as well as a few other “famous towns” in Hubei and Henan provinces that no one knows.

Visitor numbers is the yardstick by which these old towns measure their success, but it’s also leading to their demise. Attracting visitors requires heavy investment, which in turn requires a growing number of tourists to deliver a return on that investment.

“Building an A-class scenic site in China requires hundreds of millions of yuan. It takes a long time to acquire the class A status (a prized classification by Chinese tourism authority), but once you win, you are free to grow wildly,” said Xu Yi, a tourism industry veteran in Guizhou province.

In China, there is only one direction to grow — up. To grow so fast, operators must have relentless focus on scalability and crowd management. Anything not scalable is not worth pursuing. Unique experiences, tailor-made experiences — forget those. “Volume is king” — the tourism industry happily embraces the doctrine.

*An old city wall (maybe), a bell or drum tower — or both — and a pedestrian street

*Numerous teashops, selling “pu’er” tea bricks that no one knows how to break apart

Then look out for the old town upgrades:

*A flowing stream snaking through the old town; (Lijiang and Yixian in Anhui have their original water system running through the town. Dali dug some ditches and made a new stream system)

*A big budget TV show like “Impression Lijiang” or “Seeing Pingyao” — both of which are in fact quite nicely produced.

But the market is changing. Chinese tourists are now also demanding a more meaningful travel experience. Can Chinese old towns change? Here’s a quick list of the ones I visited recently and found to be a breath of fresh air, though I don’t know how long they can stay that way.

Shaxi is a sleepy little village with an old town that hasn’t all quite turned into a tourist trap full of trinket shops. It’s located in Yunnan, half way between the two famous towns of Dali and Lijiang. Historically, it served as a major rest stop and market town on the tea and horse caravan route that connected Tibet to the rest of China. The village is filled with old houses, an old open-air opera stage and a temple.

I wrote about a boutique new hotel there earlier in this year. You can catch a bus from Lijiang Airport or Dali’s old town. If you avoid the Chinese national holidays, you will always be able to find a place to stay and plenty of locals willing to take you on hikes.

Northwest China’s Shaanxi province’s best known site is, of course, the museum for the Terracotta Army in Xi’an. It drives the province’s “yellow earth” image to heart, causing me to wonder if Shaanxi exhausted its greenery over thousands of years of human habitation.

Well, Liuba, a little town tucked away in the Qinling Mountains in the southwestern part of the province, breaks that image once and for all. It’s all forest and mountains. It is a town that prides itself on its Taoist way of life — retire when you reach your peak.

To get there, fly to Hanzhong, hire a car for an hour-long drive to the town. There is a little bookstore turned lodge on an old street. It’s a simple wooden structure, but tastefully done — great for sitting around, drinking tea and reading.

Songyang is a small town tucked away in the southern mountains of East China’s Zhejiang province. There’s nothing special about the town itself, except that it has a long tradition of tea growing, and a dense cluster of ancient villages hidden in the surrounding mountains.

What makes it an interesting “old town” is that it is going through a transformation. In 2014, I met the county chief Wang Jun. He is one of those young local leaders, around 40 years old, full of drive and new ideas. He met us for dinner, a group of industry practitioners and architects from Tsinghua University. It was 10 p.m. when he led us along a dirty canal with a flashlight. His primary concern was cleaning up the sewage. From time to time, he led us around the corner of a house, and shined the spotlight on an ancient doorway with intricate stone engravings. This was the old Confucius temple that needed revamping. Wang had no interest in building a Lijiang-style old town. He wanted the best architects, artists and scholars to bring a fresh modern breath to the town. Reinvigorate the countryside with culture and art — that is Wang’s strategy.

And that’s exactly what he has done. Well-known architect Xu Tiantian, a graduate of the Harvard School of Design, has built a string of architecturally stunning projects here, including the popular Da Mu Shan Tea House and several museums showcasing local traditions like sugar-making and tofu-making. Peng Haidong, who has a doctorate in urban planning, is developing the center of the old town, repurposing an old temple complex into an art gallery mixed with a teahouse/cafe, bookstore, community space, and a boutique hotel.

There is also a bustling tea market that opens at 5 a.m. Tea sellers display their products — all different grades of green tea in huge plastic bags as tall as a 5-year-old. They sift green tea leaves on enormous bamboo sieves. It’s one of the liveliest tea markets I have ever visited.

You can take a 75-minute train from the provincial capital of Hangzhou to the nearby city of Lishui, or fly to the neighboring city of Quzhou and hire a car to drive one hour to Songyang.

There is a boutique hotel called Guoyun Shanju in a village near the old town; Tianyuan Mingdu is the best local hotel so far. You can do this for a night, but I’d wait for the new boutiques to open in 2020.

Zhang Mei is the founder of WildChina, an award-winning travel company, and author of “Travels Through Dali With a Leg of Ham,” out via Penguin Books. She is a native of Southwest China’s Yunnan province and holds an MBA from Harvard Business School. Follow Mei’s travels on Instagram at @wildchinamei.