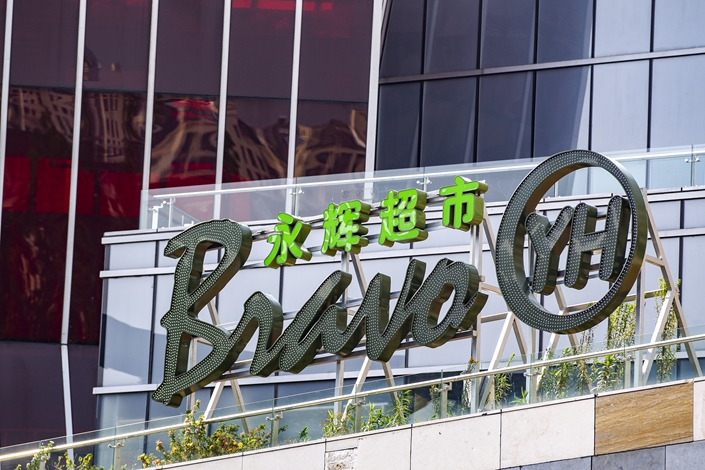 Yonghui Superstores Co. Ltd., one of China’s leading supermarket operators, saw its business surge in the first quarter, as its traditional stores and newer online business benefitted from millions of Chinese people staying home during the Covid-19 outbreak.

Yonghui shares have climbed steadily since the start of the year, rising as much as 45%, as investors bet the company could be a big beneficiary of the outbreak that caused many restaurants to close and encouraged more people to cook at home. The gains were even more impressive as the closure of many businesses during the quarter sent shock waves through global financial markets.

Yonghui’s stock has given back some of those gains as the excitement has worn off, though it is still up more than 30% for the year to date.

The company’s first-quarter revenue reached 29.3 billion yuan ($4.1 billion), up 31.6% from a year earlier, on strong demand for both its online delivery and traditional brick-and-mortar businesses, according to its latest quarterly report (link in Chinese) released Wednesday. Its profit rose by an even stronger 39.5% to 1.57 billion yuan, roughly equal to its profit for all of last year.

Guotai Junan Securities pointed out the Covid-19 outbreak played to one of Yonghui’s strengths, its more mature supply chains, which allowed it to avoid higher rates of product shortages seen by some of its rivals. That advantage helped it to gain market share as the outbreak wreaked havoc on supply chains not only for food sellers but most other industries as well.

Yonghui, which counts internet giant Tencent Holdings Ltd. as one of its major stakeholders, has been following other traditional retailers in trying to move more of its business online to cater to a younger generation who are increasingly comfortable buying groceries over the internet.