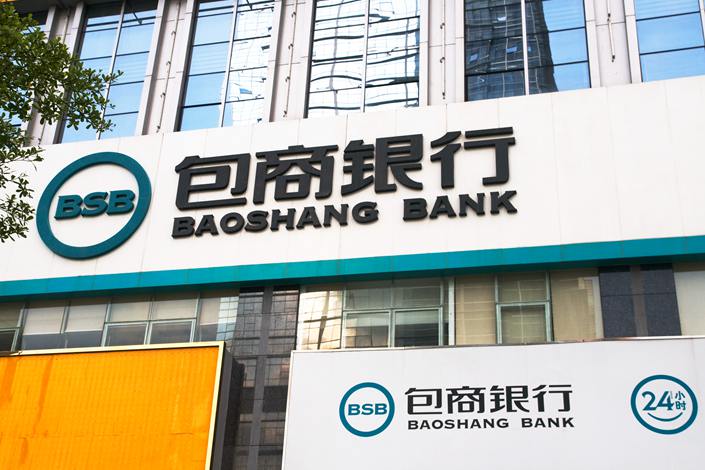 Business, assets and liabilities of the former Baoshang Bank in the Inner Mongolia region will be taken over by newly created Mengshang Bank. Photo: VCG

A national deposit insurance fund managed by the central bank will be the largest shareholder of the new bank, Mengshang Bank, assuming a 27.5% stake, according to a statement posted on the website of the former Baoshang Bank.

The government of Inner Mongolia Autonomous Region will be the second-largest shareholder with 16.67%, and Anhui-based Huishang Bank will take 15%. The government of Baotou, where the bank is registered, and several state-owned enterprises in the city are also taking equity positions ranging from 2% to 8%. CCB Financial Asset Investment Co. Ltd., a unit of state-owned China Construction Bank Corp. (CCB), holds 5%.

The registration capital of the new Mengshang Bank is 20 billion yuan ($2.83 billion) and total equities are 20 billion shares, according to the statement.

The central bank and the China Banking and Insurance Regulatory Commission seized Baoshang Bank in May 2019 in a move that sent tremors through the country’s vast interbank market and left some financial institutions nursing heavy losses, including Huishang Bank, which lost billions of yuan on its investments with Baoshang. The takeover was part of authorities’ efforts to contain financial risks stemming from the breakup of the business empire of disgraced tycoon Xiao Jianhua.

Qiao Junfeng, ex-vice president of CCB’s Inner Mongolia branch, was named president of Mengshang Bank, and Yang Xianfeng, another veteran banker who used to work for CCB, was named chairman. CCB was entrusted to handle the business operations of Baoshang after the government took over the bank in May last year.

The debt held by Baoshang’s creditors that are not protected by the deposit insurance fund are not within the scope of the transfer and remain as liabilities of Baoshang, the central bank said.

Mengshang Bank will also take over all wealth management products sold to retail and inter-bank investors as well as the deposit, loan and fund services Baoshang provided to retail customers through online third-party platforms. Customers’ deposits at Baoshang won’t be affected and will be protected by the deposit insurance fund, the central bank said.

Mengshang will also take on Baoshang’s employees in the Inner Mongolia region, and Huishang will assume those at the four branches outside the region.

Wu Hongyuran and Timmy Shen contribute to the report.