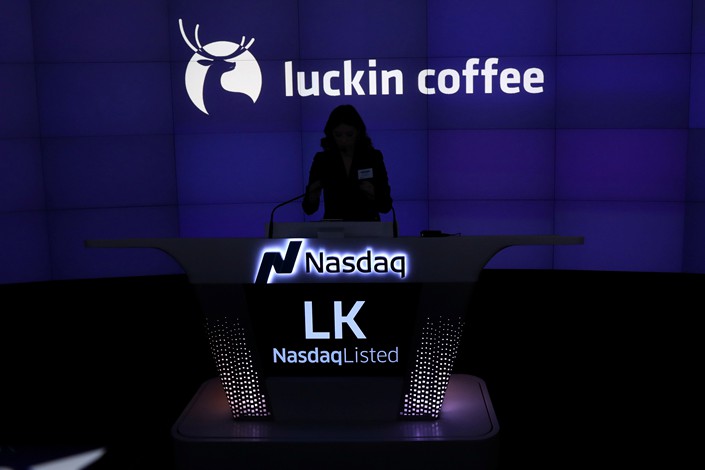 The Luckin Coffee scandal rumbles on. If the Chinese coffee giant is not properly punished for falsifying revenue, it may shake the confidence of international capital markets in Chinese stocks.

The China Securities Regulatory Commission (CSRC) has said it will investigate the situation in accordance with the law and in cooperation with international securities regulators, and will resolutely strike down any instance of securities fraud. It is understood that the Chinese regulator has already launched a probe, in line with the United States’ demands. Many market players hope that the scandal will be a good opportunity to “level up” China-U.S. cross-border regulatory cooperation.

Luckin is registered in the Cayman Islands and listed on the Nasdaq Stock Exchange. Because the listing did not fall within the CSRC’s purview, Luckin was not required to receive an audit from the Chinese regulator prior to its debut. However, most of the coffee-maker’s operations take place within China’s borders, meaning the scandal has very visibly damaged the image of Chinese companies.

When the fraud came to light, the CSRC and the State Administration for Market Regulation opened an investigation with unprecedented speed. The CSRC said every country’s regulatory authorities have a common duty to raise the quality of information disclosed by listed companies and address global investors’ common interests by deepening cross-border regulatory enforcement.

This stance accords with the expectations of every market sector. China should cast off any unnecessary misgivings and be braver in its cross-border collaborations. America, meanwhile, should take a pragmatic attitude toward the conceptual and concrete differences between both sides’ regulatory mechanisms and refrain from rushing the process or using intimidation.

Cross-border regulatory cooperation has blighted the China-U.S. relationship for a long time, evidenced most clearly in the handling of the 2010 China stocks crisis. After that, each side gradually came to accommodate the other, understand each other’s concerns, and explore workable forms of collaboration.

In 2013, the CSRC and China’s Ministry of Finance signed a memorandum of understanding with the U.S.’s Public Company Accounting Oversight Board (PCAOB), laying a foundation for bilateral cooperation. But the terms of the MoU are not legally binding, and the two sides have still not overcome serious differences in regulatory philosophy and legal systems, nor developed specific means of cooperation.

We don’t need to speak any further about the key role capital markets play in China’s economic development and transition toward a more innovation-driven society. U.S. capital markets attract investment from businesses around the world because they depend on its systemic comprehensiveness, the richness and diversity of its products, and its strong financing capacity. Regrettably, a rotten apple sits among this group of companies.

The ripples from the 2010 China stocks crisis have spread widely. Chinese companies that do not falsify information have come to operate under huge pressure, with some delaying or canceling plans to float in the U.S. and others being forced to privatize after already listing.

There is no better response to fraud and deception than investigating it seriously, openly, and in a timely manner. If China adopts too passive an attitude in cross-border regulatory cooperation, it will be only too easy for the outside world to accuse us of trying to cover up our shortcomings.

China’s own capital markets also demand investigation of potential fraud. The country has recently enacted a number of financial reforms including abolishing limits on the proportion of shares foreign investors can hold in securities companies and piloting a new registration system for Shenzhen’s Nasdaq-style ChiNext board. A registration-based IPO system demands high-quality information disclosure, which reflects a contractual spirit, awareness of responsibilities, and the principle of integrity.

A recent meeting of the State Council’s commission for stable financial development lambasted some listed companies for ignoring laws and regulations involving financial fraud and other malicious behaviors that violate investors’ interests. Indeed, the integrity principle lies at the heart of all international capital flows. Combined efforts for cross-border regulatory cooperation undoubtedly contribute to development of China’s capital markets.

At present, the top priority must be to draw up and enforce laws and regulations adapted to cross-border regulation. The recent amendments to China’s securities law stipulate that overseas securities-monitoring organizations may not directly gather evidence for investigations within China’s borders. Additionally, no unauthorized work unit or individual may arbitrarily provide documents or other materials to securities institutions outside China. Although this stipulation is completely justified, there is still huge leeway as to how strictly it is enforced, leading to totally different effects depending on the willingness of Chinese regulators to cooperate with their international counterparts.

Currently, cross-border regulation gets caught up time and again in issues around account statements. In order to investigate the accounting offices of listed companies suspected of fraud, American regulators typically must first obtain those basic documents. In March 2013, the CSRC drew up a procedure for handing over audit documents to overseas bodies, but its enforcement remains far from smooth. The relevant government departments in China demand that on-site inspections be primarily carried out by or rely on the conclusions of domestic regulators — a reasonable enough requirement, but one that can cause problems if we don’t actively launch probes into suspicious companies. Putting things off only gives fraudsters a chance to get away with it.

The Luckin revelations come during the coronavirus pandemic, a time when trust between China and the U.S. is already being put to the test. When you factor in the recent trade tensions between the two superpowers, the issue of cross-border cooperation seems more fraught than ever.

But the more difficult these times become, the more it bears repeating that cross-border cooperation and regulation is in essence an economic and legal issue, one that must not be politicized, sensationalized, or unnecessarily elevated to a matter of national sovereignty.

Some say that cross-border regulation is a favor the U.S. is asking from China, but this view is narrow and short-sighted. Sooner or later, China’s capital markets will welcome companies from the U.S. We’d best start building a sound cross-border regulatory framework for it.

At its root, what lies behind cross-border regulatory cooperation is the broader question of what kind of world China needs versus what kind of China the world needs.

For the world’s two largest economies, cross-border regulatory cooperation is extraordinarily meaningful. At a time when calls are rising for China and the U.S. to “decouple,” any significant advancement on this issue by Beijing and Washington would surely be a shot in the arm for the cause of globalization.