By Dave Yin and Yang Rui 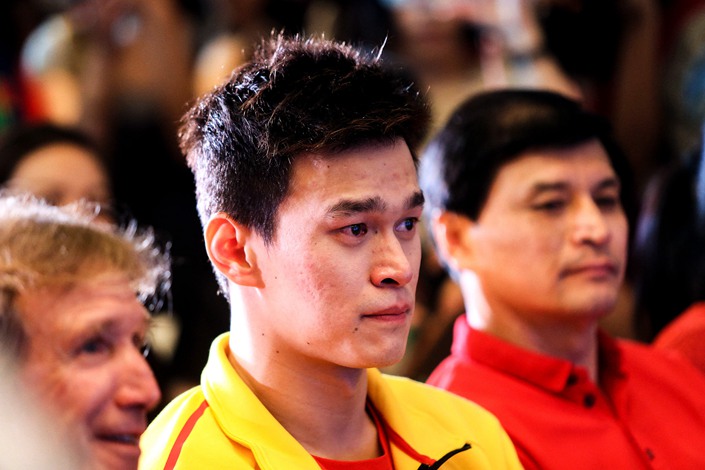 The swim star has won Olympic gold medals in the 200-meter, 400-meter and 1,500-meter freestyle events, and he remains the world-record holder in the last event.

Lawyers for the 28-year-old Olympic gold medalist filed an appeal April 29 to the Swiss Federal Tribunal (SFT) regarding a Feb. 28 Court of Arbitration for Sport (CAS) ruling, which sided against Sun in favor of the World Anti-Doping Agency, the magazine reported.

In February, three CAS judges ruled that Sun, who in 2018 accused anti-doping officers of failing to provide identification proving their authority and had his security personnel destroy blood samples by taking a hammer to the vials, was “wholly inappropriate” in his actions.

“The Panel finds that IDTM’s (International Doping Tests & Management) Sample Collection Personnel complied with all applicable notification requirements,” said the ruling, which included an eight-year ban on Sun that, if upheld, is seen as putting an end to the swimmer’s career.

The SFT has not yet confirmed the details of the appeal, and Sun remains suspended. When contacted Tuesday, Sun’s lawyer Zhang Qihuai told Caixin it was currently “inconvenient” for Sun to comment on the appeal.

Sun’s outspokenness and career, which has drawn attention both in China, where many consider him a hero, and from critics abroad, are marked by events that have been described as “extraordinary.”

After the blood sample incident, the athlete was accused of attempts to intimidate the anti-doping officers during the following investigation. Sun’s lawyers have also sued The Sunday Times in the U.K., which had reported on the incident and speculated that the swimmer might end up banned for life from competition.

After receiving the eight-year suspension, Sun said he felt shocked and angry. “I don’t understand!” he wrote on Chinese social media. “I believe in my innocence.”

According to judges, the eight-year ban stems from the fact that the 2018 incident was Sun’s second doping-related infraction. In May 2014, Chinese regulators found that he had taken a banned stimulant and suspended him from competing for three months, though Sun said he had taken the substance believing it would ease a heart condition.

The swim star has won Olympic gold medals in the 200-meter, 400-meter and 1,500-meter freestyle events, and he remains the world-record holder in the last event.