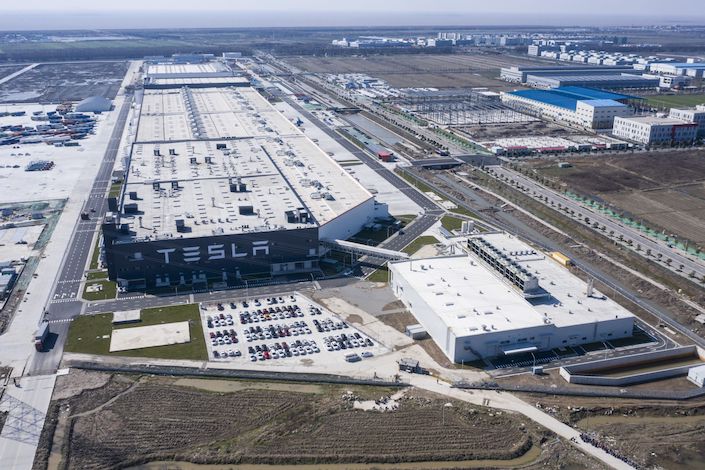 (Bloomberg) — Tesla Inc. suspended production at its plant on the outskirts of Shanghai, according to people familiar with the matter, bringing to a halt all of the company’s vehicle manufacturing globally.

The electric-car maker informed factory workers who were supposed to return to work Wednesday after China’s five-day Labor Day break that their holiday would be extended and they would return as soon as May 9, according to the people, who asked not to be identified because the information isn’t public.

The reason for the abrupt halt wasn’t immediately clear. Chinese technology news site 36kr reported it was because of component shortages. While Tesla’s only car factory outside the U.S. is expecting delays in receiving parts for its Model 3, it also faces problems with a crucial piece of manufacturing equipment that’s being fixed, according to the people.

The production halt means Tesla isn’t making any cars worldwide. Its other vehicle-assembly plant in Fremont, California, has been idle since March 23 to limit the spread of the coronavirus. That closure made the Shanghai factory even more crucial for Tesla because the U.S. is weeks or months behind China in reopening its economy.

Some employees are on site in the China plant for equipment inspection, maintenance and repair, the people said. The plant was temporarily idled earlier this year because of the coronavirus outbreak, but it was also among the first automakers to resume production with assistance from local authorities. That helped boost Tesla’s China sales in March while others struggled.

Tesla said in a statement that its Shanghai factory is conducting normal maintenance work and that the company made use of the Labor Day holidays to conduct production-line adjustments. The holiday was May 1–5.