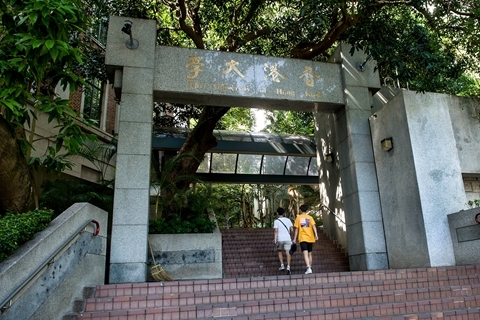 (The Straits Times) — The eyes are a key route by which the novel coronavirus infects humans, a study by the University of Hong Kong has found, in addition to the upper respiratory tract, which includes the nose, mouth and throat.

The study made public on Friday also found that Sars-Cov-2 — the strain of coronavirus that causes the Covid-19 disease — was up to 100 times more infectious than the severe acute respiratory syndrome (SARS) virus, or Sars-Cov, and bird flu viruses such as H5N1, China’s official Xinhua News Agency reported.

The research team led by Dr. Michael Chan Chi Wai, an associate professor at the university's School of Public Health, found that the coronavirus is much more efficient in infecting the human conjunctiva — the tissue lining the surface of the eye — and the upper respiratory airways, and its level of infection is comparable to that observed for H1N1, the swine flu virus that caused a pandemic in 2009.

“This explains the higher transmissibility of Covid-19 than that of Sars. This study also highlights the fact that eyes may be an important route of Sars-Cov-2 human infection," Dr Chan said, according to the South China Morning Post.

The research team had previously discovered that the coronavirus remains alive for up to seven days on smooth surfaces such as stainless steel, glass and plastic. It is therefore possible for people to get infected when they touch these surfaces with their hands and then touch their face.

This latest finding affirms advice from public health experts that people can lower their risk of infection by washing their hands regularly and not touching their faces, to avoid accidental transfer of the virus to their facial orifices.

The study, which was published in the latest issue of The Lancet Respiratory Medicine, comes as the number of Covid-19 cases reached nearly 4 million worldwide, with over 271,000 fatalities as of Friday.

“Although there are signs that the Covid-19 epidemic is getting more stable in Hong Kong, the situation elsewhere in the world is still serious,” Chan said. “There are still many new cases reported every day in, say, Russia and Europe. We should not let our guard down.”

According to the South China Morning Post, it was assumed in the early stages of the coronavirus crisis that medical personnel would be sufficiently protected by wearing N95 face masks and protective clothing, and did not need specialist glasses. These latest findings by Chan’s team, it says, challenge that assumption.

The Covid-19 outbreak first came to light in late December after cases were detected in the central Chinese city of Wuhan.

Scientists who have studied the virus' source say that it originated in an animal, and probably entered the human population in November.

The South China Morning Post reported that a well-known respiratory specialist at Peking University, Dr. Wang Guangfa, was suspected to have been infected by the coronavirus through his eyes.

It said that in late January, Wang displayed symptoms of a fever and catarrh about three hours after he developed conjunctivitis in one eye on his return from Wuhan. He was later confirmed to have Covid-19.