Opinion: How China’s Spokespeople Can Do Better in Telling Its Story to the World 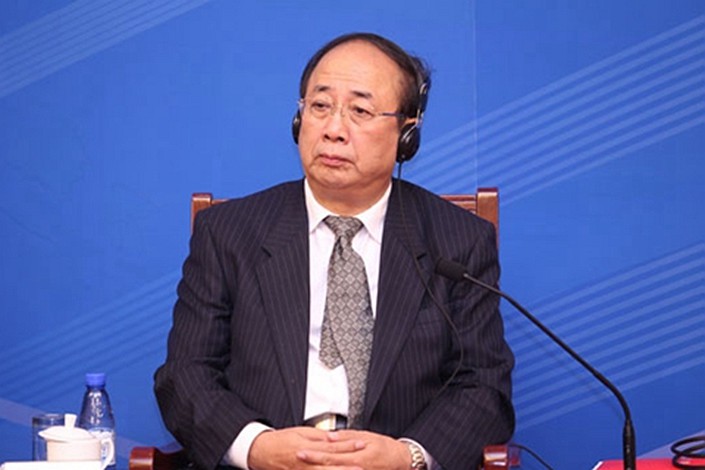 Zhao Qizheng is a former head of the information office at China’s State Council. The article, first published by The Press magazine in April and republished by Caixin, has been edited for length and clarity.

In 2003, the sudden outbreak of SARS posed a severe challenge to both the Beijing municipal government and the central government. It was during this crisis that most people for the first time acknowledged how important it was to make information available to the public.

To adapt to the new environment, the State Council’s information office began trying out a spokesperson system at different ministries and commissions. That marked the beginning of the institutionalization of spokespersons in China.

Seventeen years on, China’s spokesperson system has made progress in promoting openness in government, responding to society’s concerns, safeguarding the public’s right to know and contributing to Chinese social reforms. The spokesperson system also serves to promote China’s message to foreign governments and the general public, allowing it play a role both in diplomacy and public relations.

Today, however, there is still room for improvement and our current system must advance with the times. Thus we should consider creating a new spokesperson system.

At major institutions, the spokesperson should be a full-time job with a professional support team. When I was the spokesman for the Chinese People’s Political Consultative Conference (CPPCC), I invited some of my CPPCC colleagues, editors from mainstream media and doctorate students from Renmin University of China to join my team. They helped gather information and prepare talking points.

A spokesperson should have access to the institution’s important meetings. The leadership of the institution should support and protect their spokesperson, and should not blame him or her for occasional mistakes. We are in an information age. Our leadership must place importance on mass communication; otherwise, fake news will fill the gap.

Faced with a public emergency, if a spokesperson cannot clearly state the facts, positions and responses in a timely manner, then an opportunity has been lost. “No comment” is not an answer.

A spokesperson should disclose all the information available to him or her at the time and later offer updates on new developments. A spokesperson should prepare to set the agenda for emergency response. For instance, what should the official response be to a doctor-patient conflict at a hospital? Planning helps keep order. And in cases on accidents or disasters, a spokesperson should not wait until the end of a press briefing to disclose the number of casualties. People’s lives are always the top priority.

A spokesperson should also respond to sensitive or difficult questions head on. Giving vague answers to sensitive questions only complicates matters. For sensitive subjects, carefully study the available background, media reports, government positions and public opinions. New issues appear every day. A spokesperson should not use yesterday’s talking points to answer today’s questions. Keep yourselves up to date on the latest developments.

During press conferences, there is no need to overly rely on so-called “techniques,” which are not that important. There are a few key things to keep in mind:

1) Don’t be humorous just for the sake of being humorous. That can undermine the accuracy of your statements.

2) Don’t get emotional. Always act in a calm and rational manner.

3) Don’t show off how clever you are. Speak to reporters sincerely.

A spokesperson should always be learning. Based on my own personal requirement, a good spokesperson is someone who is politically mature, intellectually curious and always behaves properly.

In particular, a good spokesperson maintains a proper relationship with reporters. Reporters are newsmen pursuing the truth. They are not your students, your subordinates or your enemies. To some extent, they are even not your friends at the workplace. Consequently, you should not lecture reporters, look down on them or order them not to report what you tell them. And you must understand that it’s their job to ask hard questions.

After 40 years of reform and opening up, China has become a stakeholder in international affairs. Every move China makes is of global interest. Whatever attitudes people might have toward China, they will pay attention to its development. Thus, a spokesperson’s job is to tell the world China’s story with confidence, particularly with confidence in Chinese culture. As long as you have this confidence, you will be an excellent spokesperson.